A self taught artist Badri Narayan had no formal training in art. His first solo exhibition was held in 1954 after which he had many shows and some of his works remain at the National Gallery of Modern Art (NGMA) and National Museum in New Delhi.
He was an introspective individual and his self reflection and autobiographical perspective is the most constant theme in his work. He used imagery from his surrounding while drawing heavily from Indian Mythology and metaphors, as well as influence of Indian Miniature traditions.
He has also worked with etchings, wood cuts and ceramics as well as illustrated childrens books.
He received the Padma Shri in 1987. 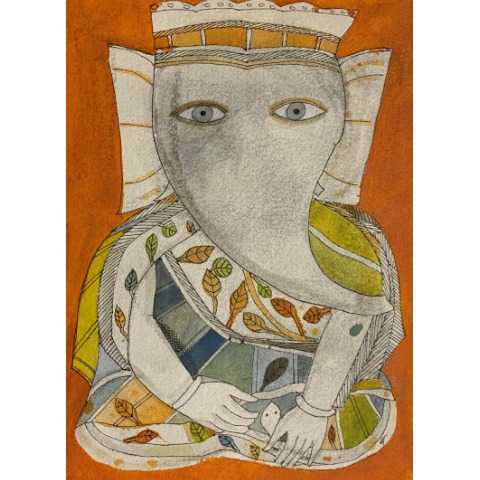 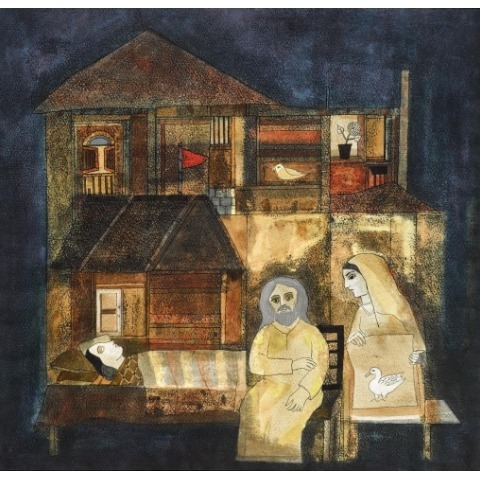 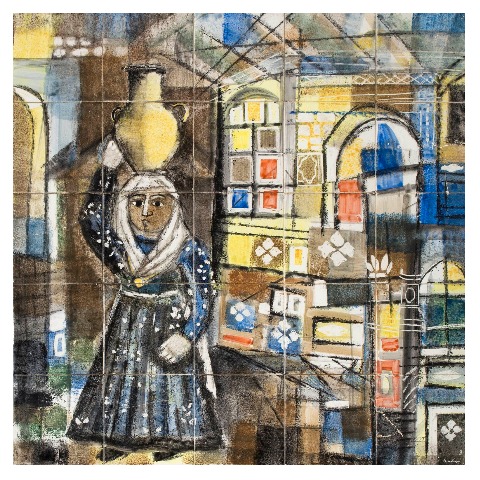 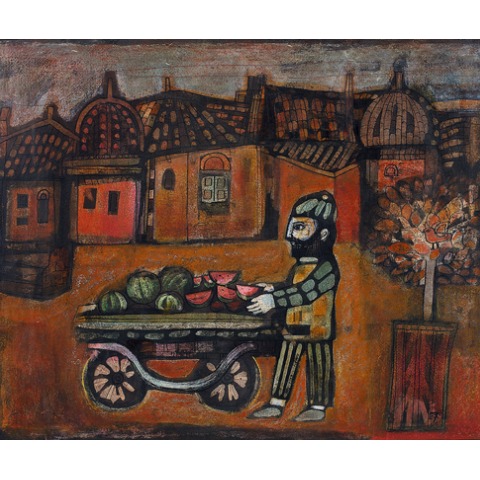 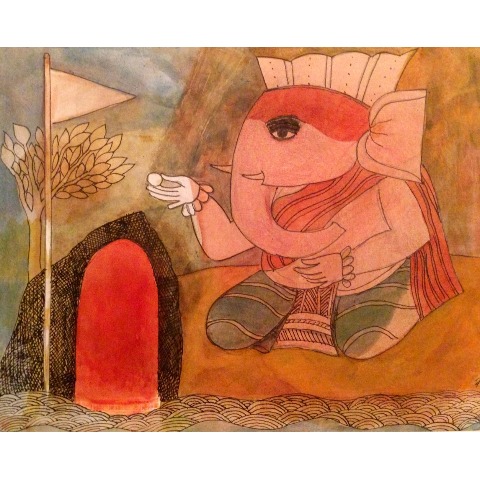 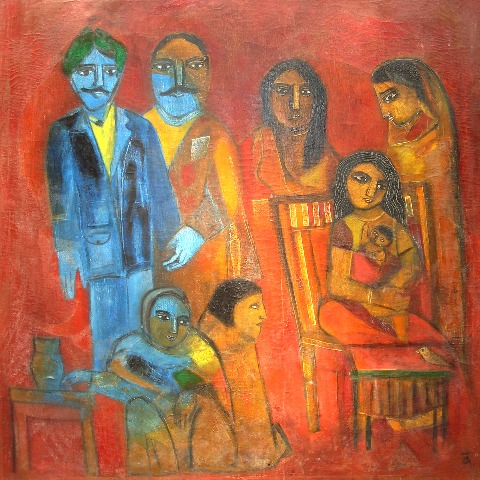 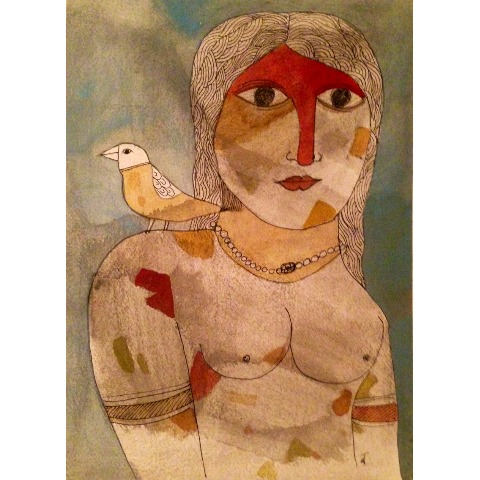 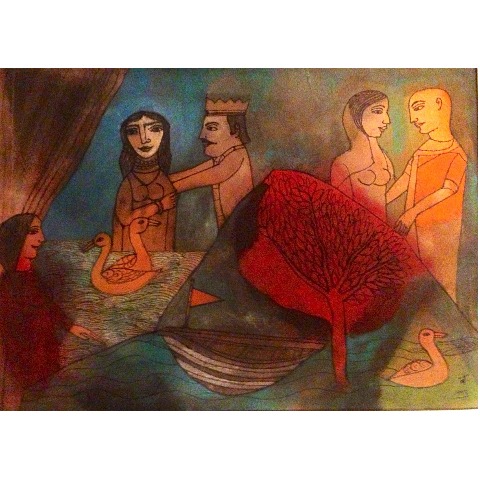 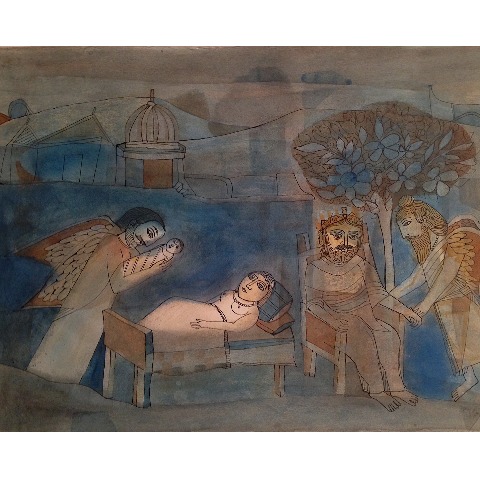 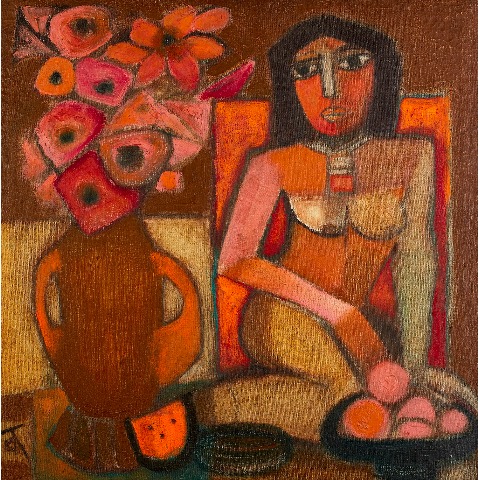 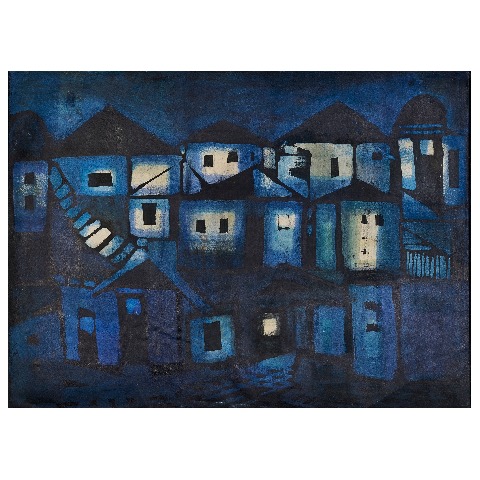 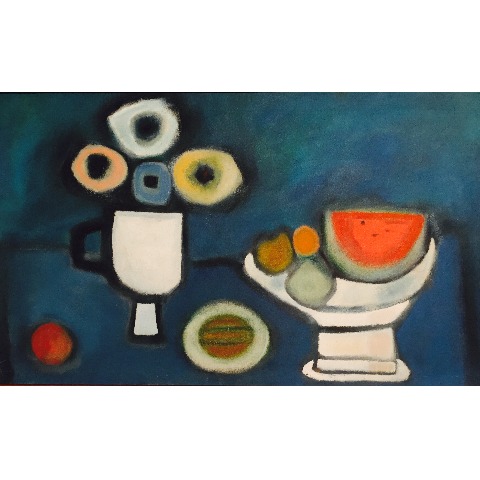