Bhagyashree Suthar was born and brought up in Jodhpur, Rajasthan in a family of furniture makers. She moved to Vadodara, Gujarat to attain her Bachelor’s and Master’s degree in Fine Art from the reputed Maharaja Sayajirao University. She won a gold for Masters in Visual Arts in 2016.
Suthar’s works have been heavily influenced by architecture and geometric patterns in nature which pose as a reflection of herself. She applies meticulous detail in her work, often submerging herself into the world she attempts to depict. She illustrates Utopian, fantastical worlds through her beeswax sculptures, drawings and wax paintings. She is able to portray futuristic architecture by incising the surface with a variety of tools and making designs by adding or removing any forms of wax.
She plays with light in her works and shows the beauty of silence within architecture with its mysterious shadows. She works largely with kite paper, Rajasthani wasli paper and beeswax.
The artist lives and works in Vadodara. 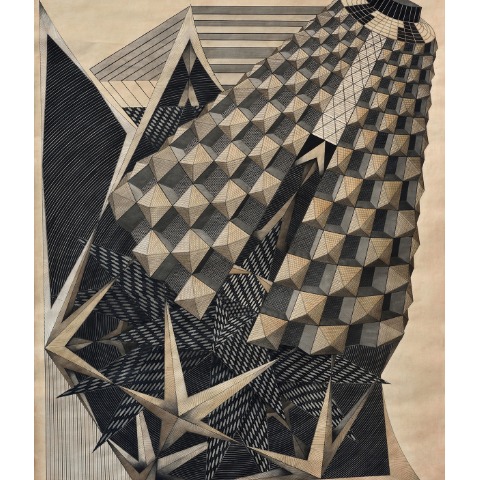 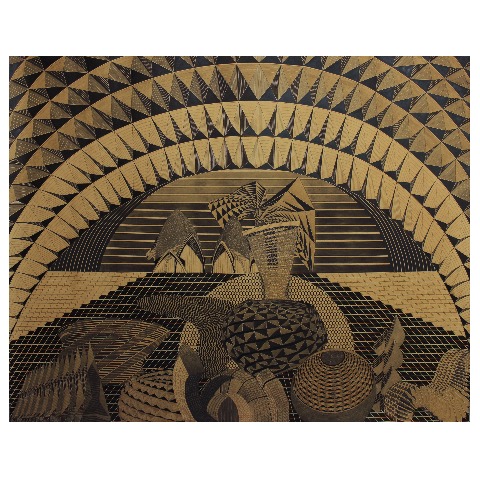 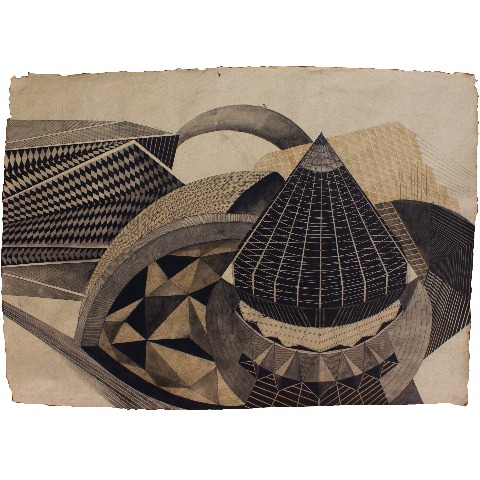 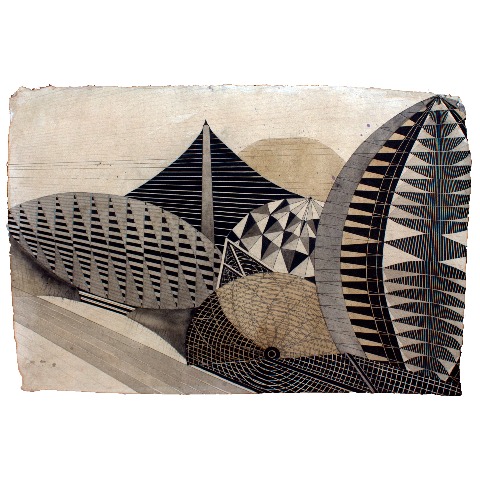