Biren De was born in pre-independence Bengal (now Bangladesh) but relocated to Kolkata to pursue a degree in art from the Government College of Art & Craft.
His early works of figurative drawings were strongly influenced by post-impressionist European painters. He gradually evolved into abstraction, developing his unique signature “Neo-Tantric’ style, where his works were highly influenced by tantric symbols, reportedly representing masculine and feminine energies of the universe, dominated by symmetrical patterns of geometry such as concentric rings, crescents and orbs.
De received the Lalit Kala Akademi National Award twice, in 1958 and 1964. In 1992 he was awarded the Padma Shri by the Government of India. 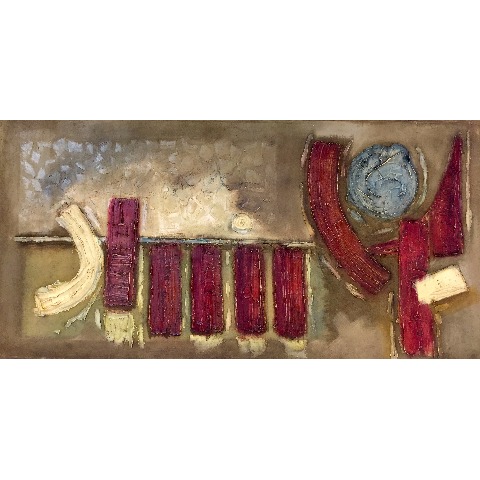 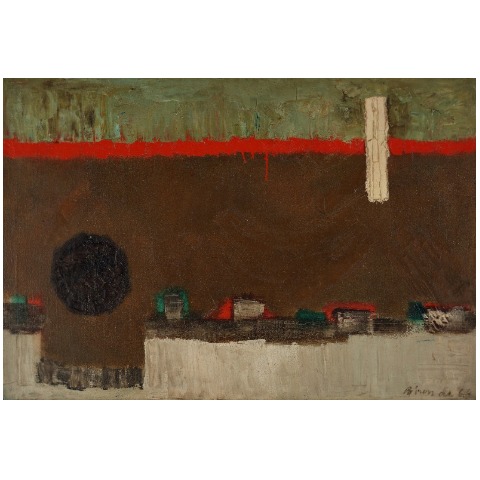