Easily one of the best know Indian artists, Francis Newton Souza was one of the founding members of the Bombay Progressive Artists’ Group, which formed in 1947.  Souza was born in Goa but moved to Mumbai with his family in 1929. He was studying at the J.J. School of Art, Mumbai but was expelled in 1942 for his participation in the Quit India Movement.
In 1949 he moved to London where, after an initial period of struggle, he quickly garnered success as an artist, becoming the first post-independence Indian artist to achieve high recognition internationally.
Souza’s style cannot be easily characterized. He rejected convention and his works were often erotic in nature, depicting conflicts in the relationship between man and woman. He was also influenced by the folk art of Goa along with the Renaissance paintings and the European landscapes of the 18th and 19th century. Souza’s drawing and painting subjects varied from landscapes, nudes, still life, to Christian themes.
F.N. Souza is the only Indian artist to have a dedicated section of his works on display at the Tate Modern, London. 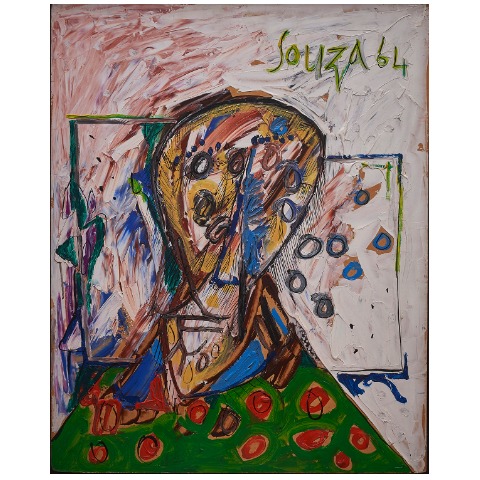 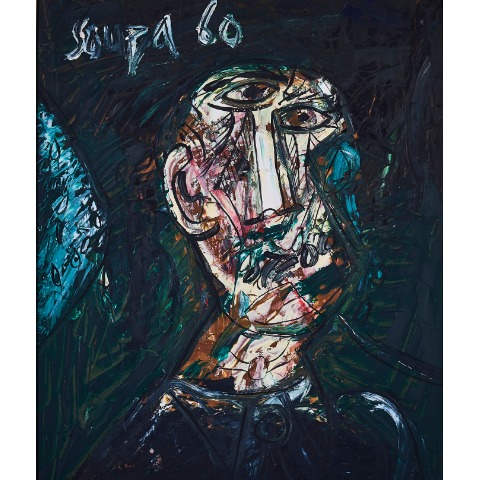 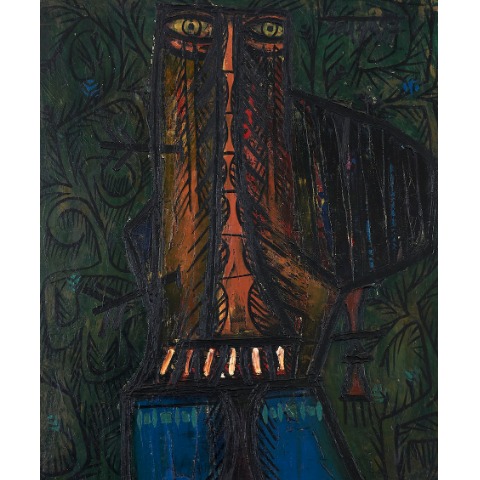 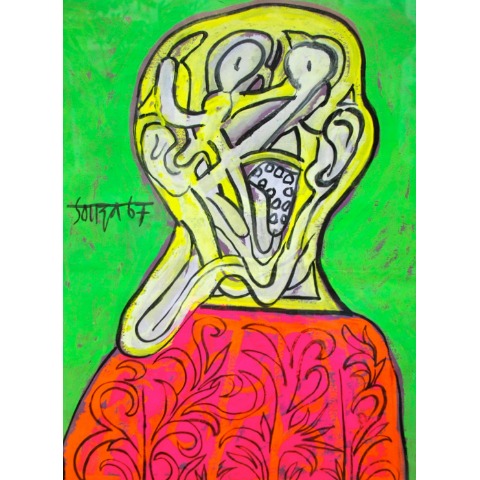 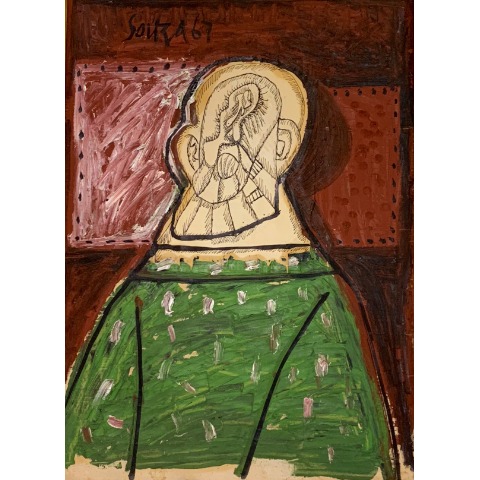 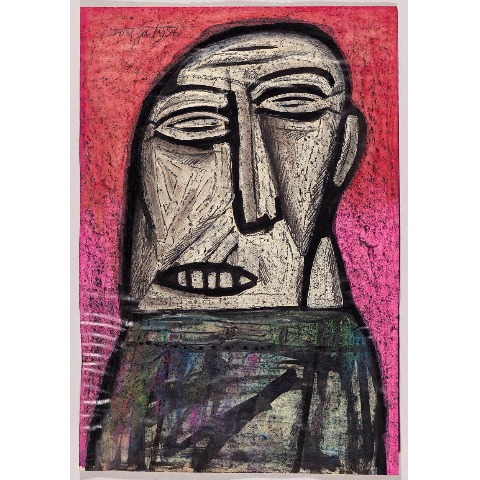 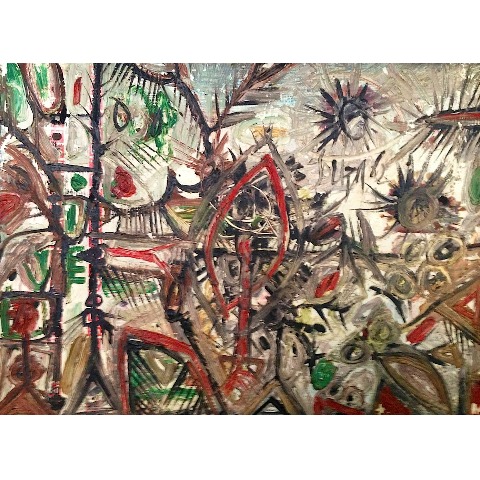 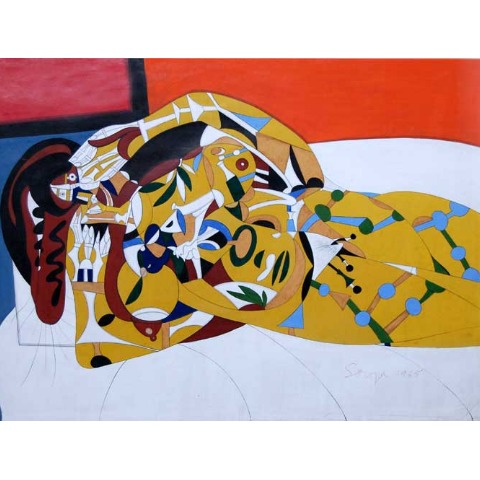 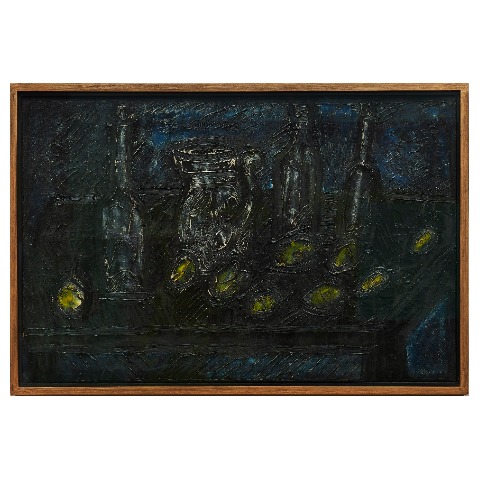 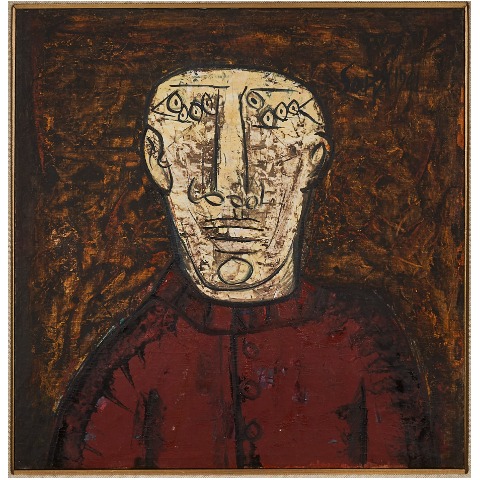 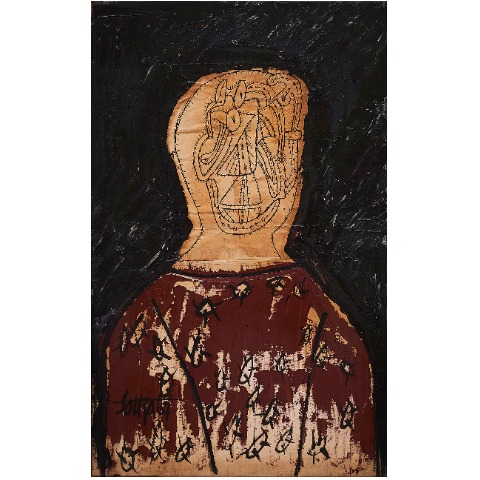 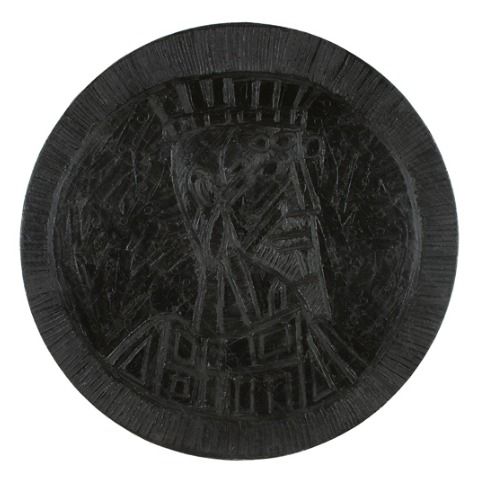 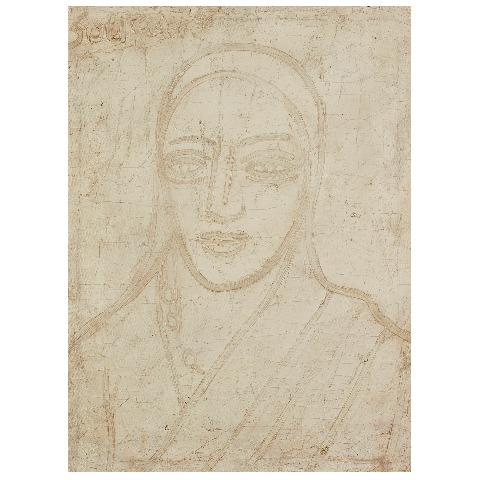 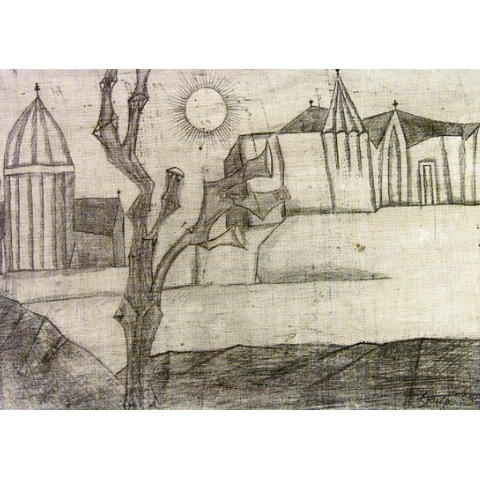 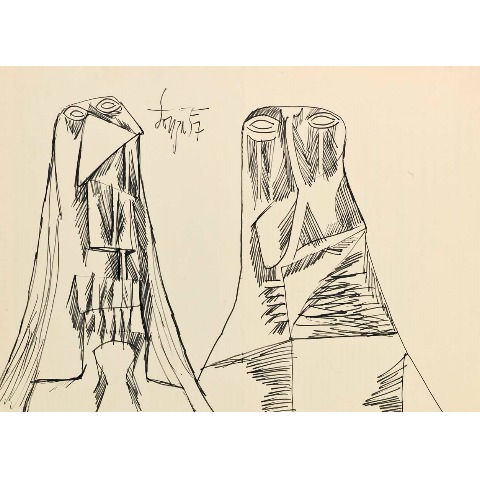