Jagannath Panda completed his BFA from B.K. College of Art & Craft, Bhubaneswar in 1991 and MFA from M.S. University, Baroda in 1994. He completed MFA in Sculpture from Royal College of Arts London in 2002. Jagannath Panda's paintings and sculptures are often inspired by Orissa, his native state in India, and his current home outside New Delhi.
His signature technique is to incorporate traditional brocade fabrics into the surfaces, often becoming the skins of beasts, the bark of trees, or the garments of mythological figures. Jagannath Panda also often uses animal forms in his paintings. Panda’s animals function as icons. Panda is also highly influenced by the mythological tales of India. 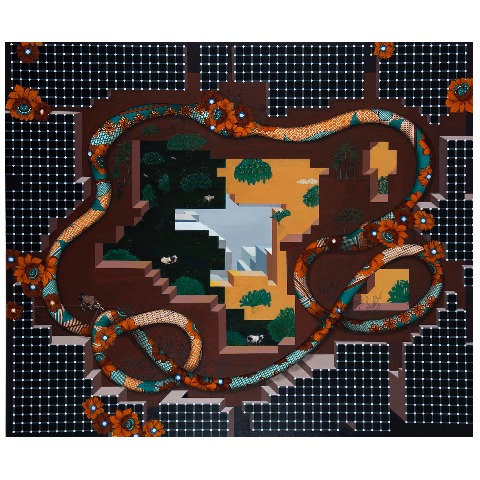 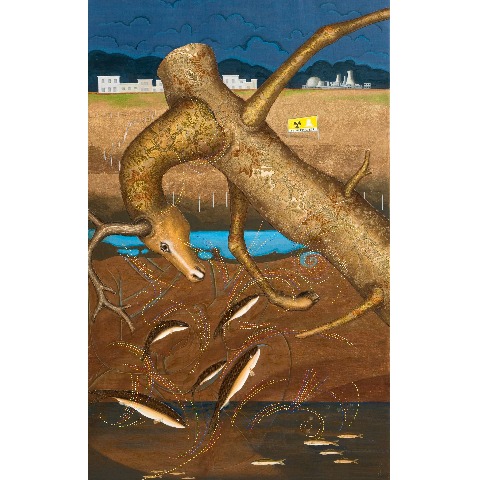 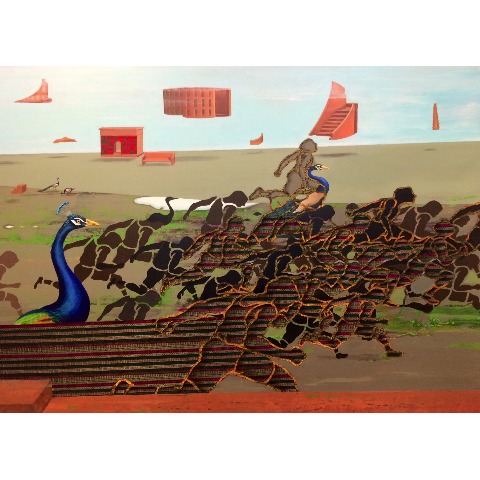 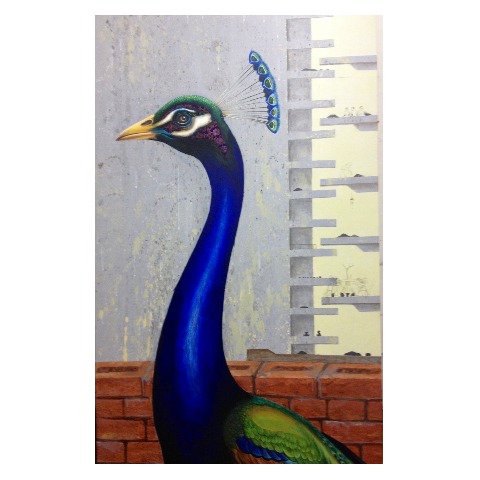 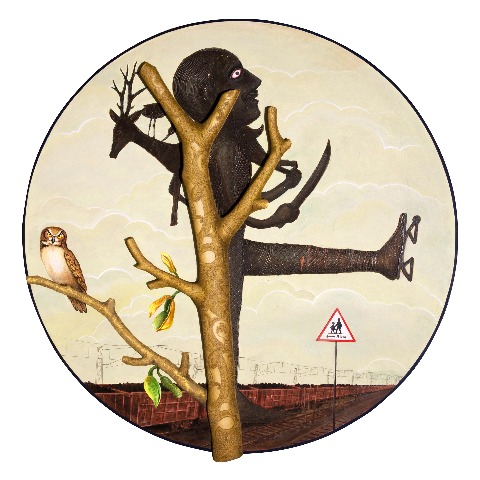 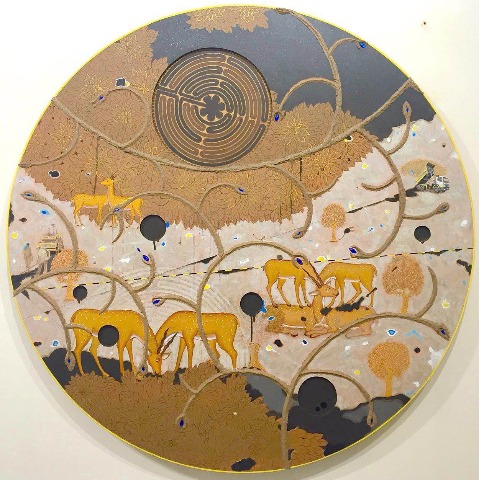 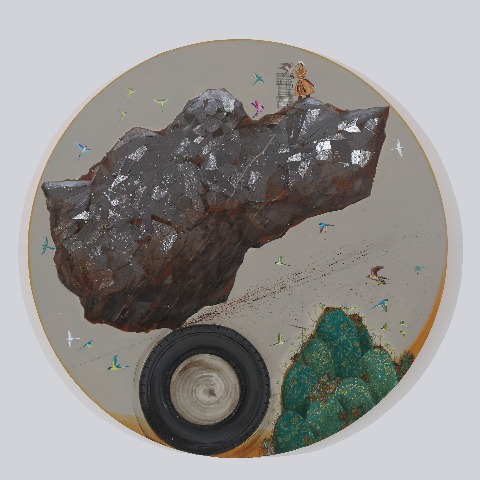 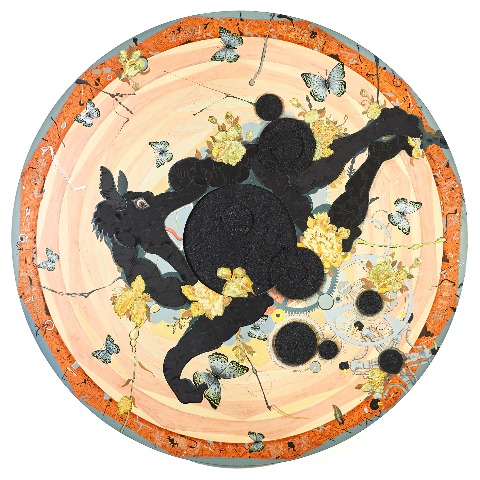 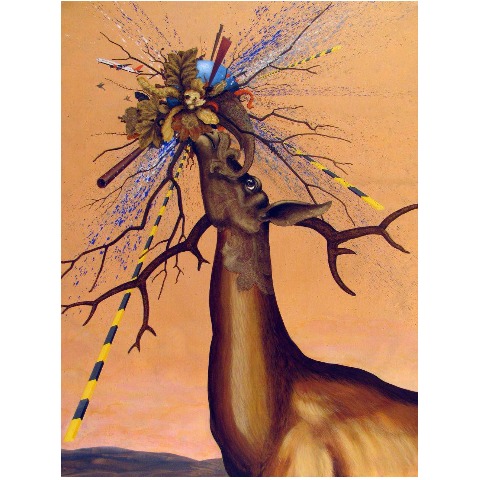 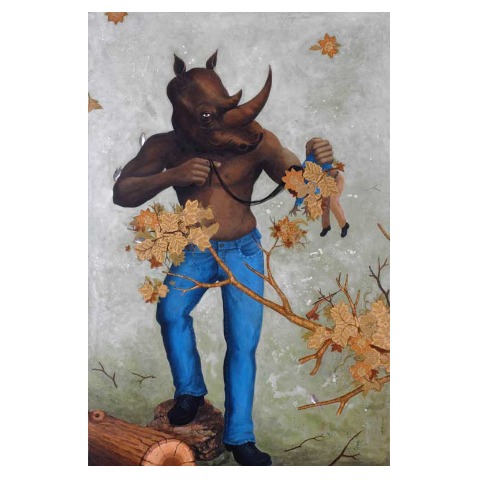 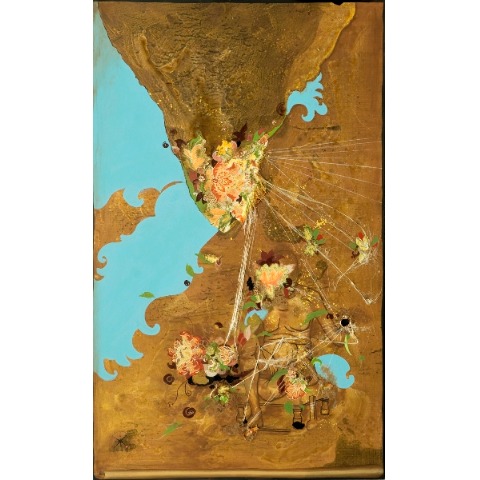 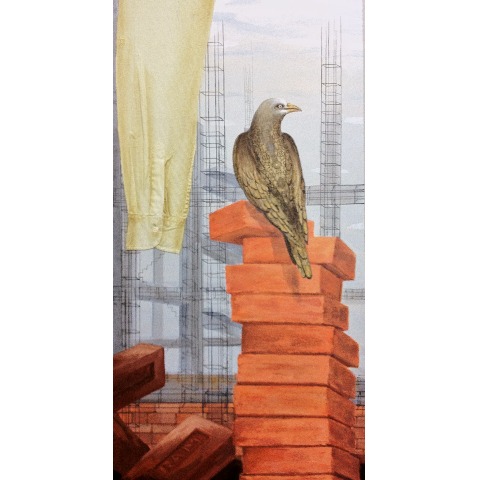 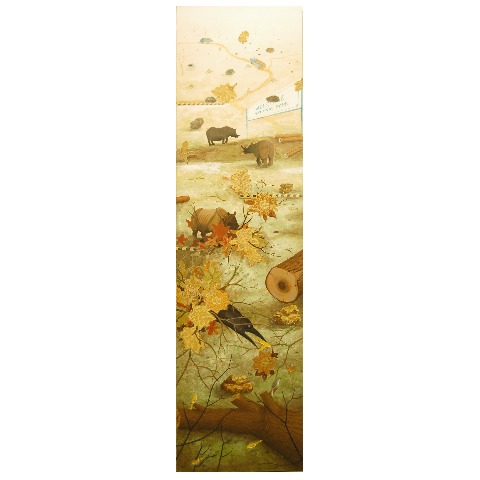 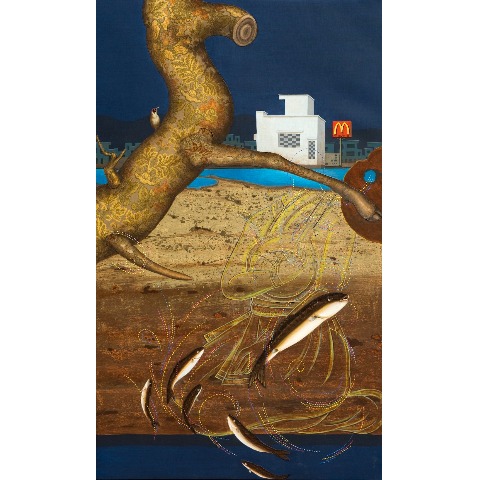 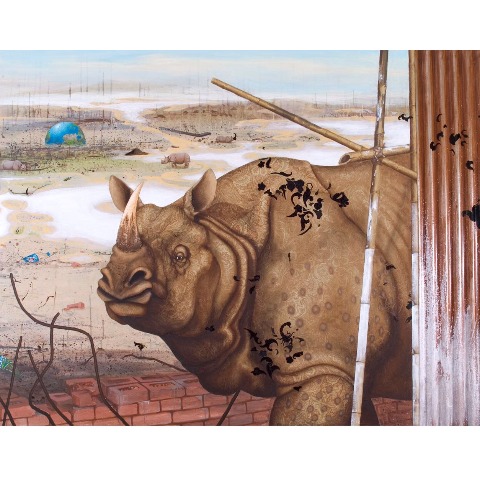