Born in 1939 in Faridpur, Bengal, Chowdhury studied at the Government College of Art and Crafts, Kolkata, from 1955-60, followed by a stint at L'Ecole Nationale Superior des Beax-Arts, Paris, in 1965-57 on a French Government Scholarship.
Jogen Chowdhury is known for his ability to successfully marry traditional imagery with the style of contemporary painting, in a skillful blend of an urbane localized Bengali influence. Chowdhury remembers the trauma of Partition and the subsequent displacement of his family from a small village in the erstwhile East Bengal to the city of Kolkata. In 1966, Chowdhury was awarded the Prix le France de la Jeune Peinture in Paris, and, in 1986, received an award at the Second Biennale of Havana, Cuba.  The artist lives and works in Shantiniketan. 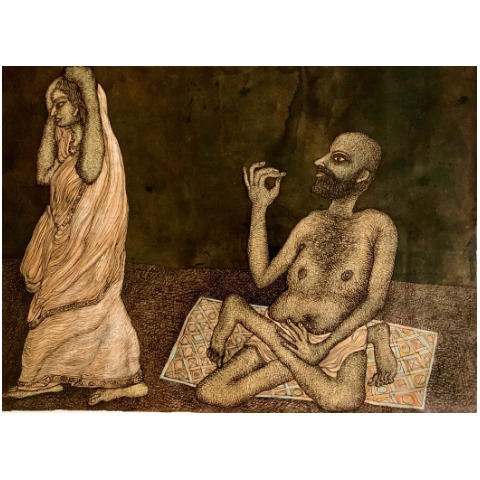 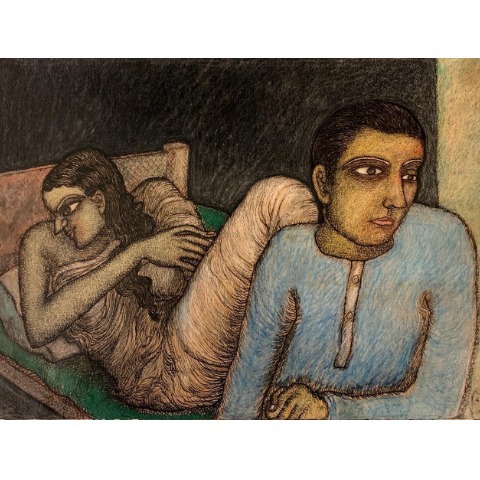 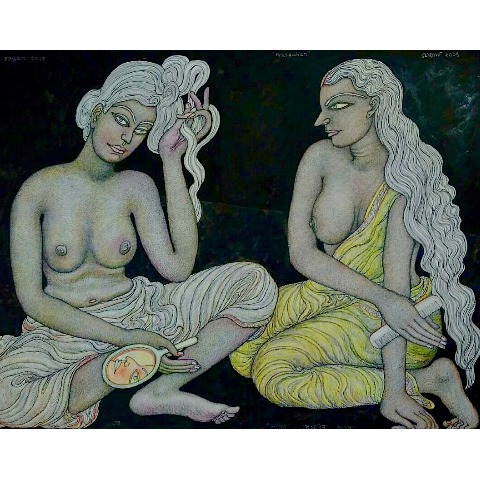 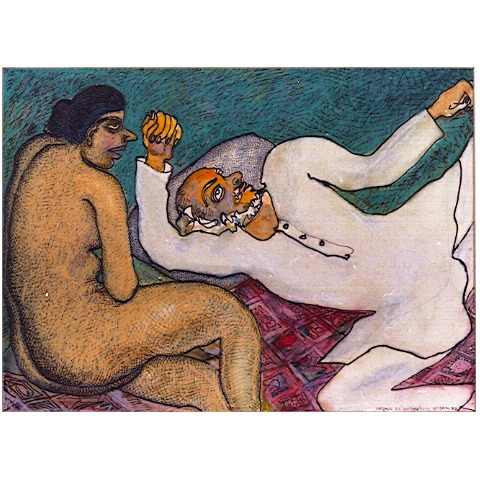 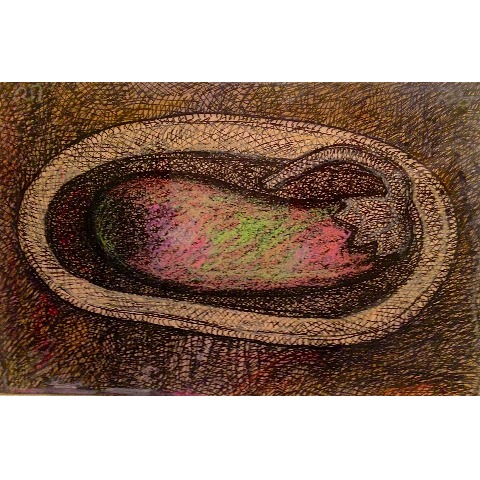 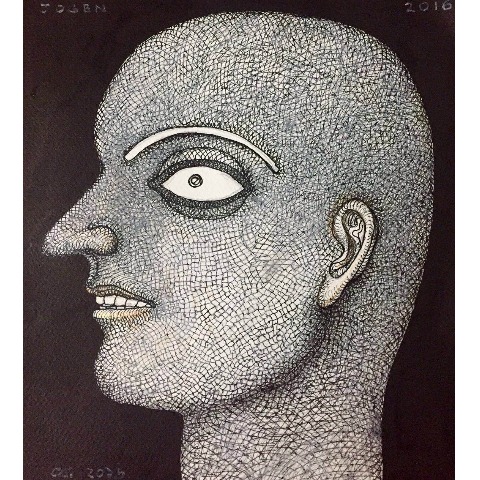 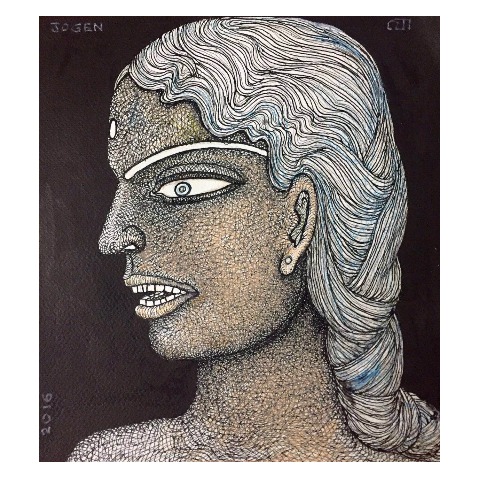 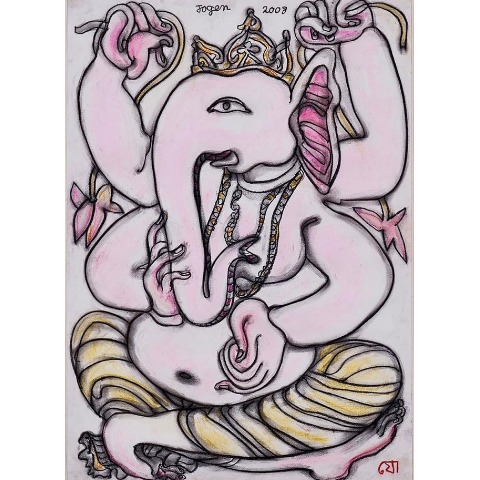 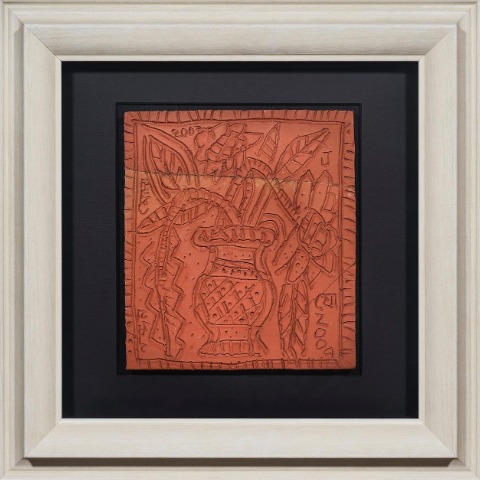 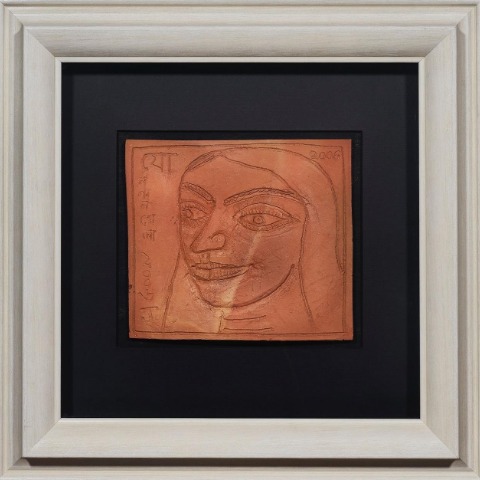 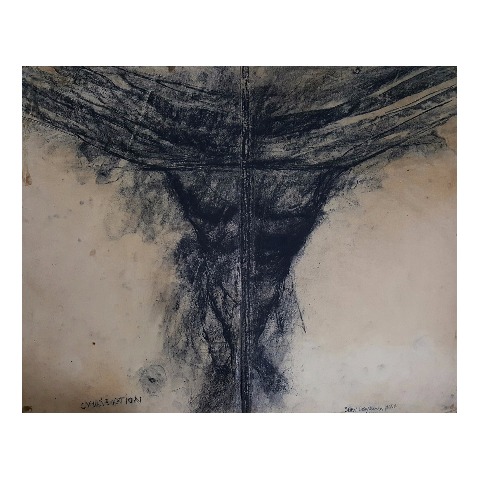