Born in Kerala, 1924, K G Subramanyan was one of the leading artists who was a part of India’s post-Independence search for identity through art. In 1948, he graduated from Kala Bhavan in Santiniketan. K.G. Subramanyan is among the few artists who have explored the possibilities of modern art from a different perspective. His human figures are derived from mythology and folklore in spirit. He is at ease the diverse media, techniques and genre. A painter, sculptor, scholar and storyteller, Subramanyan was influenced by indigenous Bengali artistic traditions including the textile patas and Kalighat-style paintings but his child like drawings had the root of his hometown Kerala. He weaves and makes toys with the same dexterity as he paints.
K G Subramanyan passed away in 2016. 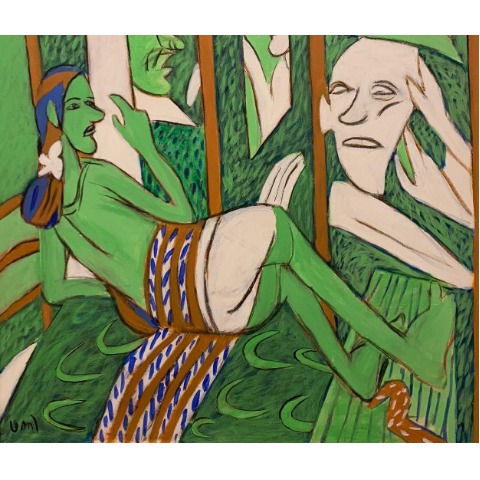 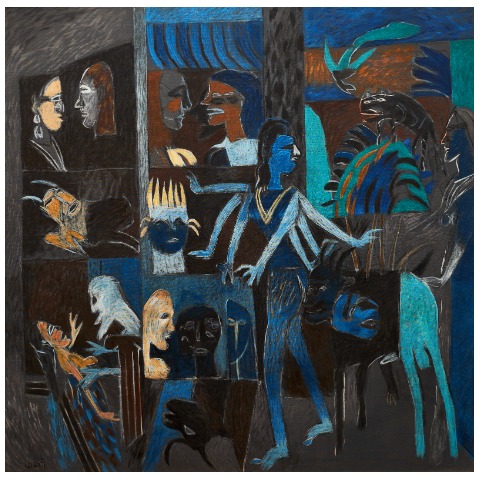 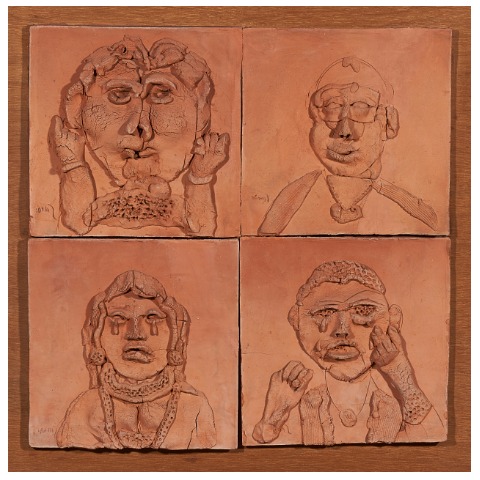 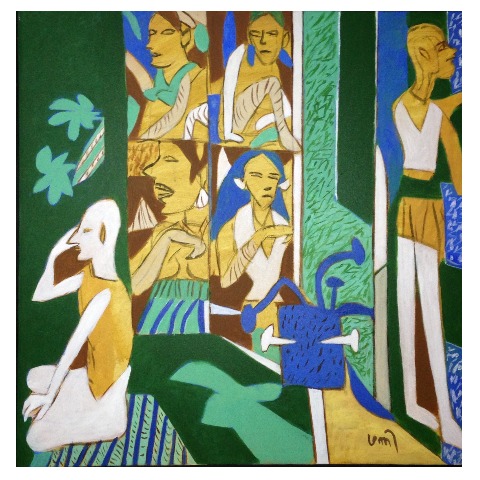 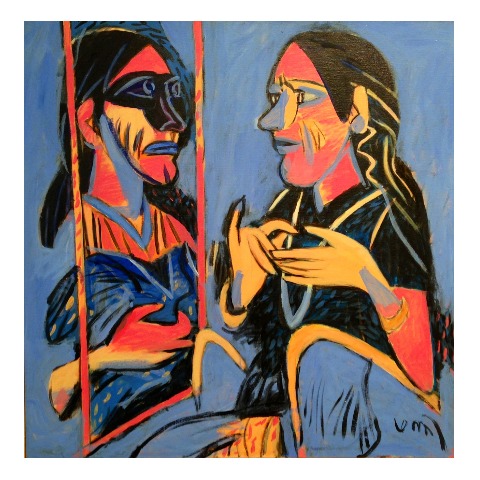 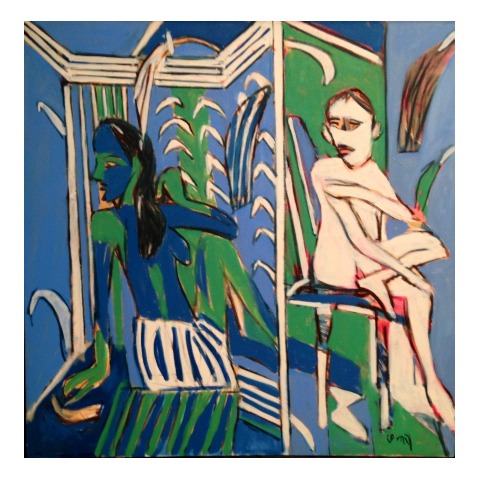 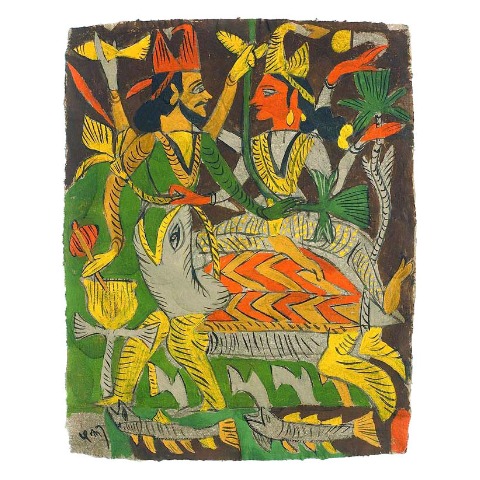 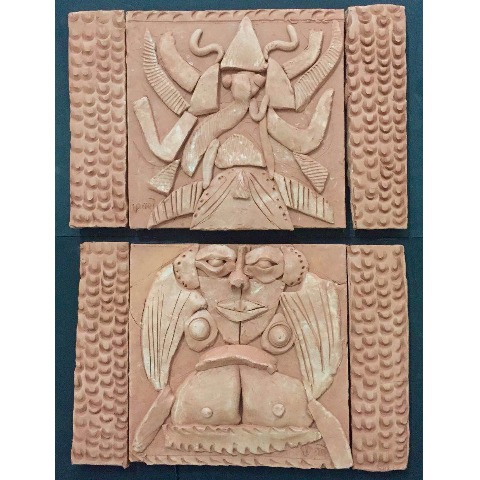 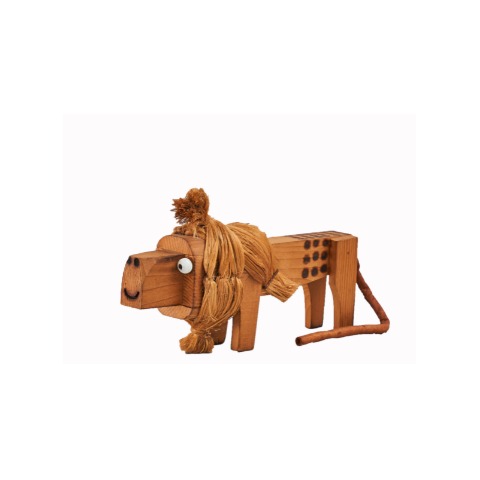