Barwe was born in Nagoan, Maharashtra in 1936. He graduated from the Sir J.J. School of Art, Mumbai in 1959. During his stay in Varanasi, the holy city of India, from 1961 to 1965 he came into contact with the canon of Tantra (mysticism) that influenced his work a lot. Known as a symbolist, abstractionist his work had a steady evolution that allows one to trace the numerous influences on it. His poetic sensibility vibrated in his works. His work clearly represents ordinary objects having emotional and mystical associations. As a painter he won an award instituted by the Japanese newspaper Yoshihari Shimbun. In 1976 he won an award at the annual exhibition of the Lalit Kala Akademi. Towards the end of his life he wrote a book in Marathi called 'Kora (Blank) Canvas', which is the documentation of his feelings, expressions, struggles and satisfaction as an artist. 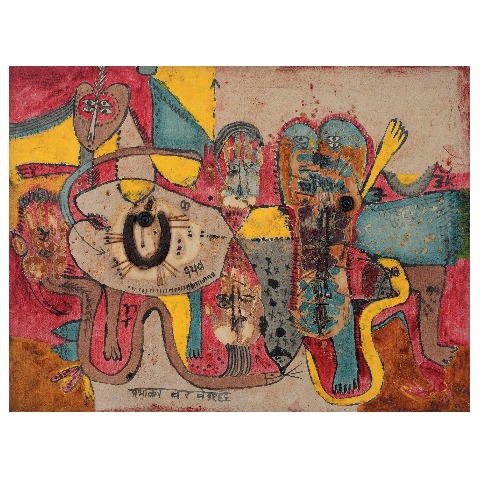