Shaw was born in Calcutta in 1974, but spent his formative years in Kashmir. In 1998 he moved to London and studied for his Bachelor of Arts and Master of Arts at the Central Saint Martins School of Art. Famous for his phantasmagoric portraits and landscapes Shaw has gained international acclaim with his depiction of a fantastical world. Inlaid with jewelry and stones his works reveal an eclectic combination of Western and Eastern influences, from Persian carpets and Northern Renaissance painting to industrial materials and Japanese lacquer. His opulent paintings creates a dazzling imaginary world. Shaw has had solo exhibitions at the Tate Modern (2006) and The Metropolitan Museum of Art (2008).
The artist lives and works in London. 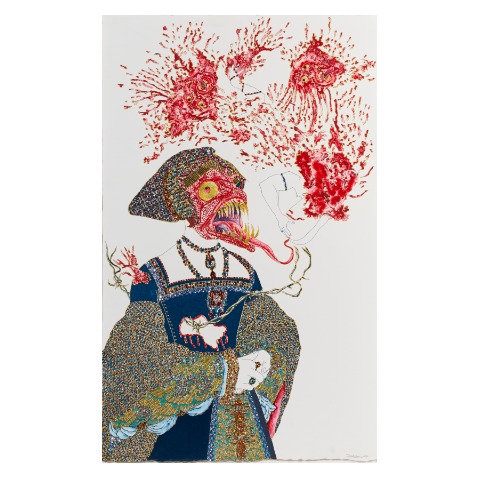 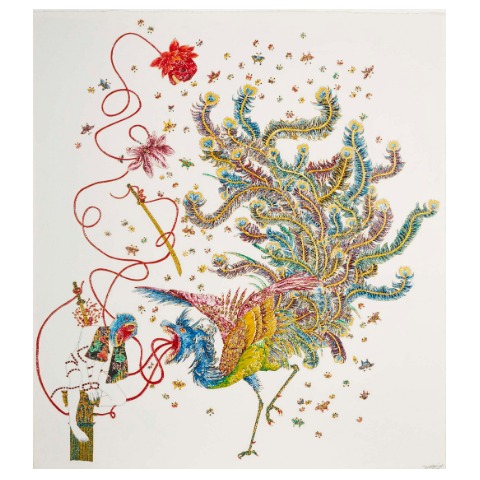 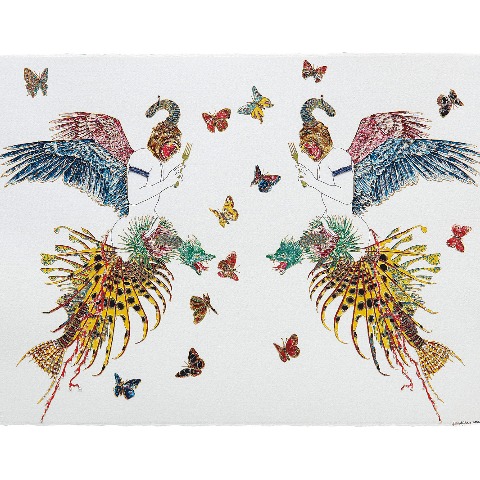 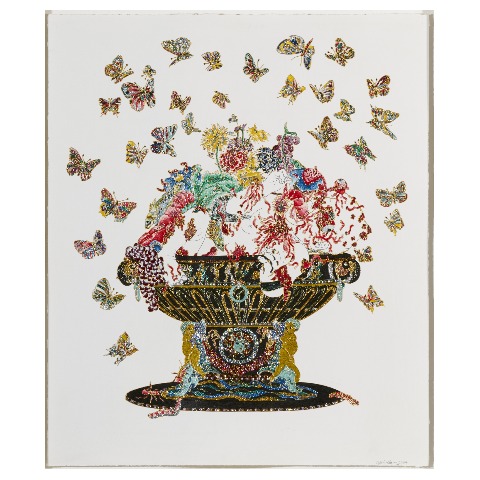 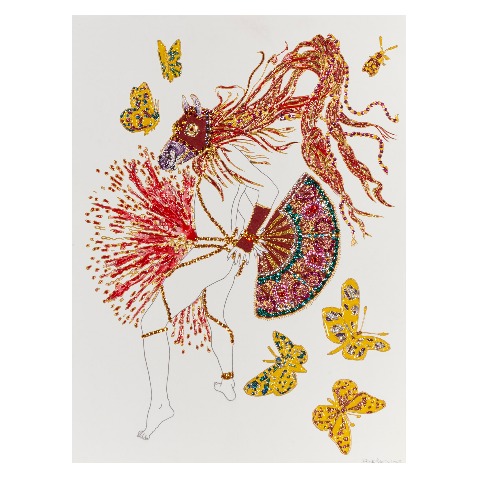 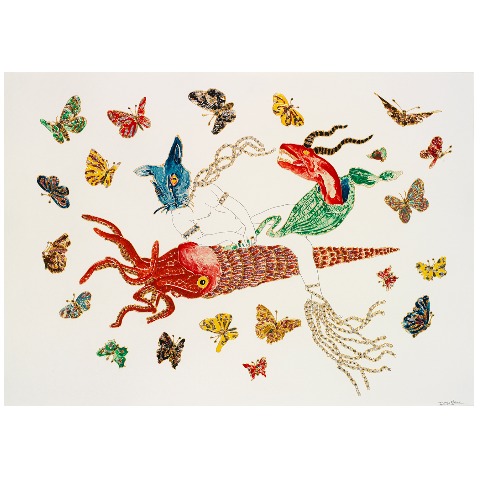 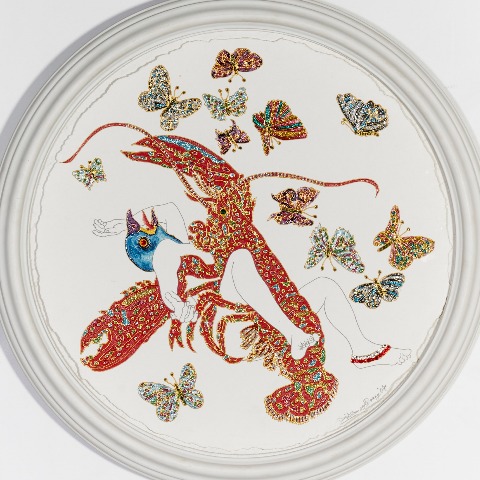 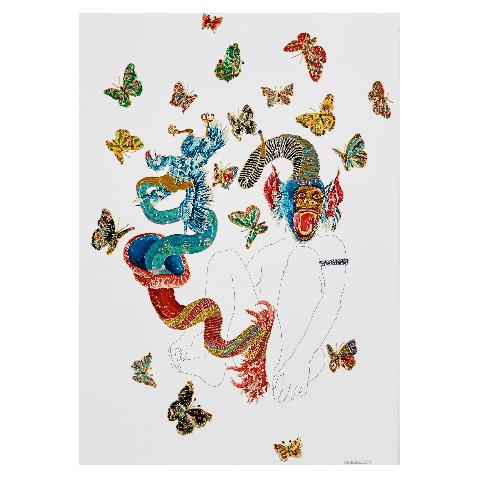 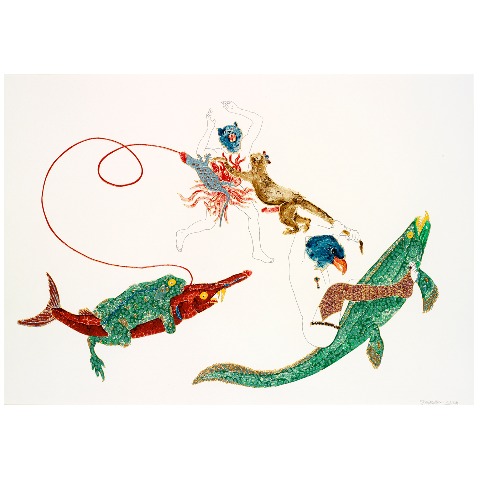