Sakti Burman is one of the pioneering Post Independence artist of India. Born in Kolkata in 1935, Sakti Burman studied at the Government College of Arts and Crafts, Kolkata, and later at the École Nationale des Beaux Arts in Paris. Highly influenced by the frescoes of Italy he has been inspired to assimilate textures in his works and learned the marble technique after years of experimentation. By blending oils with acrylics, he creates the fresco like texture on paper or canvas. Borrowing from the Hindu and European mythology, history Burman creates often a dreamlike private surreal world on the canvas. His paintings are mostly populated by humans, animals and cityscapes. Sakti Burman’s body of works covers many different geographical historical and cultural worlds and his work is remarkable for its cultural cosmopolitanism. 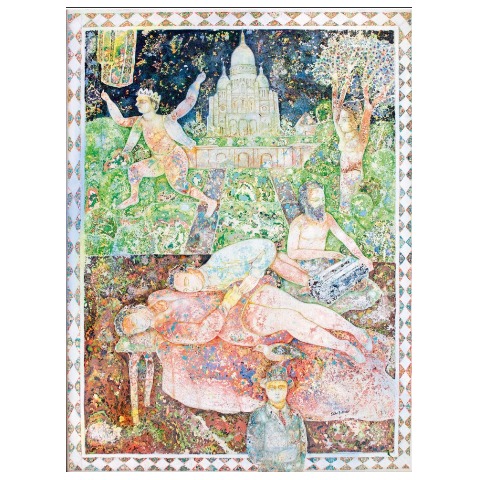 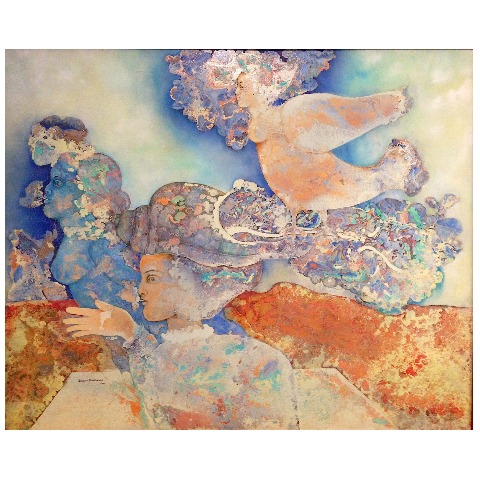 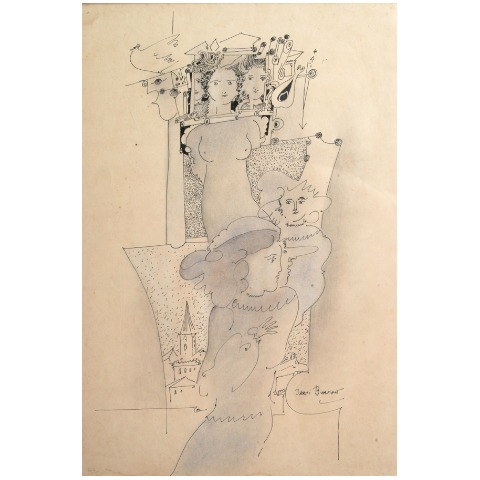