In Quest Of Form and Content - Prodosh Das Gupta

This wide exposure to the medium and techniques at an international level, motivated him to be a freelance sculptor upon his return to India between the years 1940 and 50. He set up his own working studio to experiment, realize and concretize his dreams as a creative sculptor of Post Independent India. This travel and wide exposure to the international scenario with a sense of directness during his several visits abroad, not only brought about a deeper understanding of the sculptural tradition and its practices, but also the various directions and trajectories of expression of the medium being practiced elsewhere in the world.  His exposure to international artists like John Epstein, Henry Moore, Constantin Brancusi amongst many others, provided him a wide repertory of content as derived from their individual sources and inspirations, and with a sense of internationalism which was completely new to our sensibility.
Das Gupta had mastered his craft and technique through these exposures and believed in self-introspection with a sense of purpose and discovery. He realized that ‘Form’ and ‘Content’ constituted an integral part of the creative process and therefore he managed to amalgamate his experiences and synthesize them into his creations. The philosophical content of some of these masters who were equally inspired by the Far Eastern spirit, provided common threads and inspirational possibilities of mutual interest.
Desirous of change and transformation in the prevalent approach towards creation, Das
Gupta played a pivotal role and urged his friends and contemporaries to establish a path-breaking approach towards their creative endeavours. This clearly meant liberating themselves from the existing notions practiced by the artists of that time. He motivated them to question their inner sensibilities and work towards deriving their own language for their creative expression. This motivated them to found a group called the ‘Calcutta Group’. This group of artists included Paritosh Sen, Gopal Ghosh, Rathin Mitra amongst many, who along with his artist wife Kamla Das Gupta, attempted to lay the foundations of a fresher approach towards the modernistic ethos much earlier than any other group of artists in the country. Thus, these pioneering attempts towards soul searching and contextualizing a personalized approach towards finding a language for their expression, can be seen in these experimentations.
Das Gupta had a special affinity to the egg-like form, which was for him a synthesis of the philosophical as well as the intellectual. The embryonic form represented the essence of the universe along with the elements of the microcosm. This approach to representation provided him the freedom to abstract the elements of nature and create a unique analogy that bound universality on one side and the organic on the other. The handling of the medium moulded the material with a palpable sensuality representative of cosmic energy with a sense of the essential.
Das Gupta relentlessly drew, and this formed the basis of his sculptural articulations. Reviewing his drawing alongside his sculptural works, it is evident that the free-flowing line encapsulating volume and monumentality remains at the core of his expression, although his themes and subject matter of his works remain grounded to the experienced life around him. Titles like ‘Queen Relaxing’, ‘In Bondage’, ‘Maternity’, ‘Unfolding of Spring’ exemplify this deep-rooted association with life and its myriad experiences.
It would be inappropriate if the academic and aesthetic concerns of Das Gupta are not enumerated and dwelt upon. The innumerable writings at various periods of his career and life, showcase his deep understanding of ‘tradition’ along with the various methods, materials, and techniques utilized. He was equally interested in re-validating these to a modernistic and contemporary expression not only as a thought process, but in the realization of a work of art.
In his Coomaraswamy Memorial Lecture in 1970 (Lalit Kala Akademi, New Delhi) titled ‘The Relevance of the Indian Tradition of Plastic Art to Contemporary Sculpture’ he clarifies “The stone torso of the male figure and the bronze figure of the dancing female are typical
examples of the exquisite craftsmanship and the aesthetic sensibilities of the artist who executed them. The wonderful steatite seals depicting animal figures make us wonder as to how this was possible in an age which is remote from today by thousands of years. The Mohenjo-Daro bull depicted on a plaque(seal) hardly two inches square is imbued with a monumental quality which is yet to be surpassed by any of its kind in any civilization.”  He further elaborates “The conserved energy in the bull gives it a static quality and the emissivity of a mountain. The curves and contours and the rhythm of the lines enclosing the bull form, although in low relief, energise it with the pulsating life.” This abstract reveals his deep understanding of form, its content, as well as the technique that concretize the aesthetical.
His essays on the various aspects of his engagements in the publication ‘My Sculpture’ (P. Das Gupta, Oxford Book and Stationary Company, Calcutta and New Delhi 1955) along with the selection of his poems ‘ Fallen Leaves’ ( P. Das Gupta, Fallen leaves and Other Poems, Kamla Das Gupta, New Delhi 1969) deeply dwell upon his conceptual concerns with a sense of consistency and engagement. His attempt towards unifying the various inputs of his creative ethos into a unified whole is reflected in his approach.
Dasgupta's sculptural creations transform organic origins into sculptural forms and traverse a course that establishes his works amongst the distinctive personalities within the evolution of Modernism in Indian Sculpture. The large body of his works bear ample testimony to his convictions, beliefs and academic articulations, so rare as a commitment to life as part of one's creative pursuits.
The present exhibition showcases a wide variety of his oeuvre and provides deep insights into the creative journeys of such pioneers.
Prof. (Dr.) Rajeev Lochan
Former Director, National Gallery of Modern Art, New Delhi 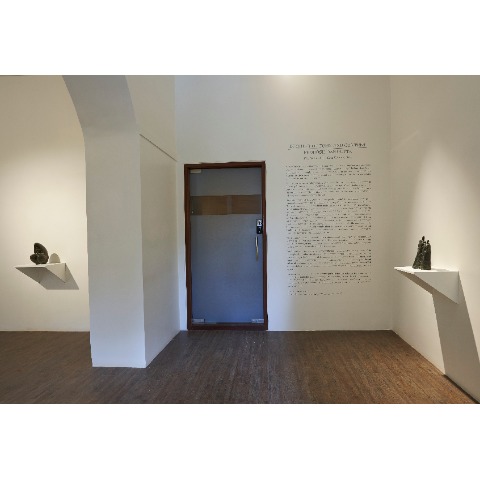 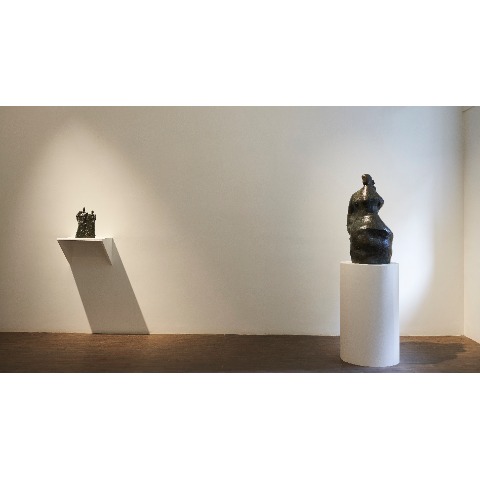 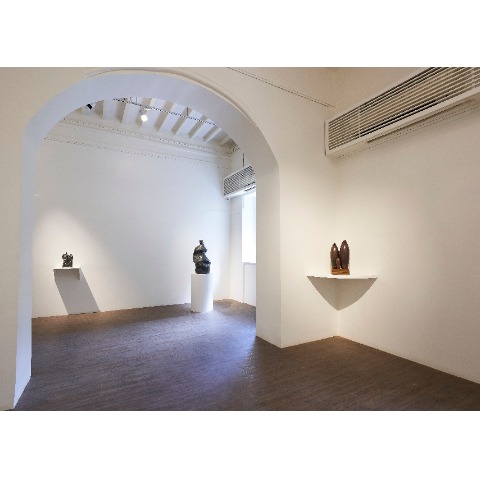 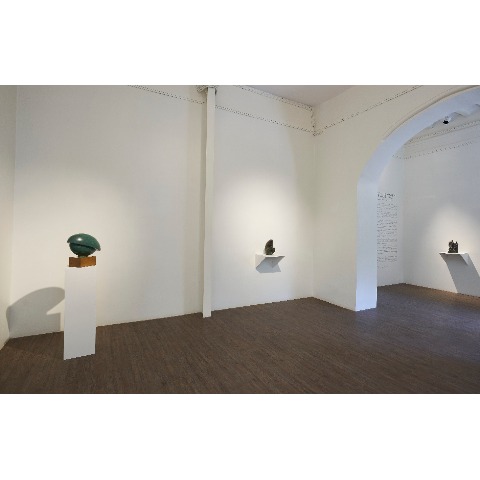 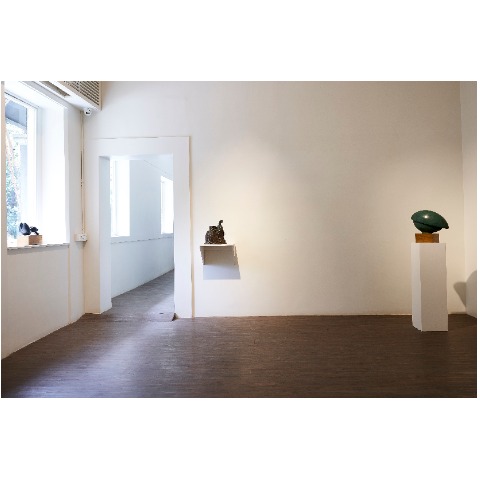 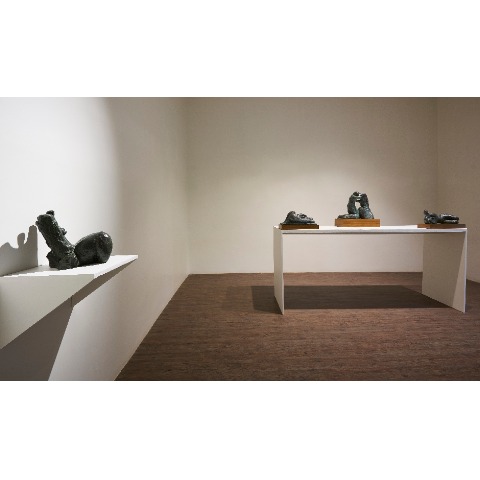 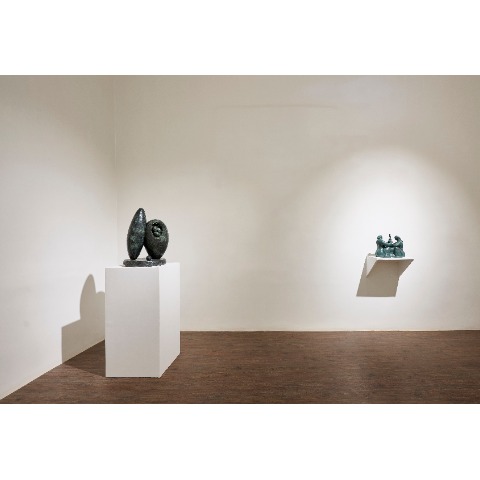 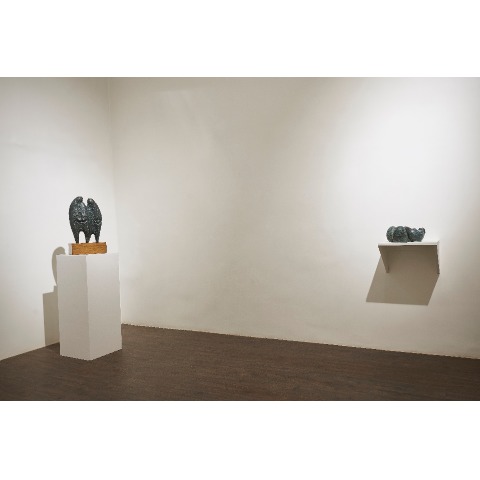