Mythology is replete with fantastical tales of divine intervention. Gods and Goddesses, saints and sages, have all been beseeched by believers to hasten to their aid in times of distress or to alter the course of events. Since most of these life-altering changes are beyond the ken of human understanding, they assume the aura of a miracle.
Often there are sacred spaces where the power of prayer appears particularly potent. Places of pilgrimage—some of them remote and difficult to access—and even roadside shrines function as sites where supplicants can offer up prayers in the hope that they will be answered. But aside from these public spaces there are also quieter spots of meditation. Withdrawal from the world rather than collective participation marks these gestures.
Not just the content but the form of prayer also assumes a special significance. While some might take on extravagant contours with special rituals to propitiate the deities, in other instances it is years of meditation and abstinence that are often accorded a higher value and blessed with special boons.
The works in the show are a testimony to how the divine is invoked across various belief systems and in myriad forms. Symbols of the divine such as the crucifix or images of Gods and Goddesses from the Hindu pantheon are often a source of solace to believers. Even the movement of heavenly bodies and the alignment of the stars are scrutinized for the clues they might yield for a more propitious future. Divine intervention offers a ray of hope to the afflicted and oppressed, assuring them that even in dark times all is not lost. 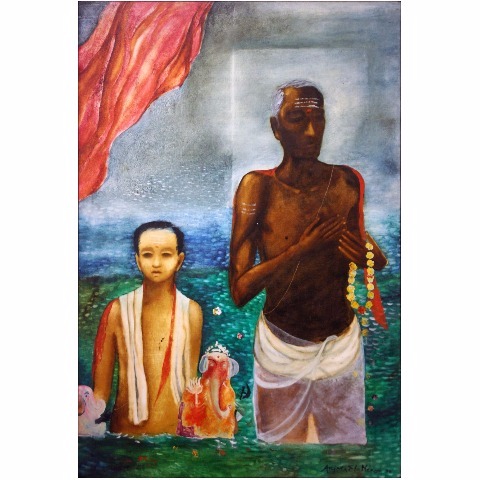 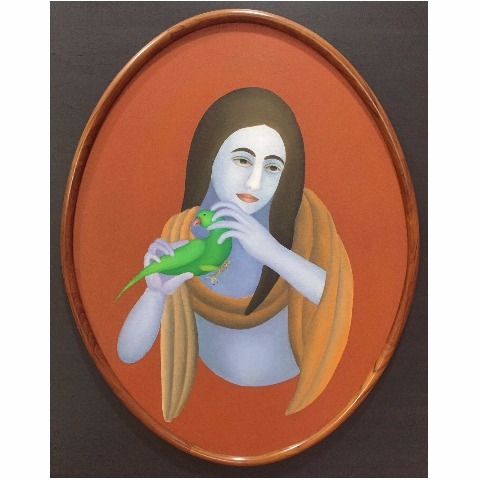 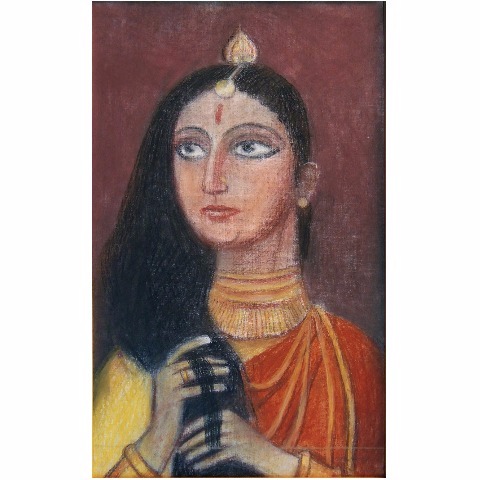 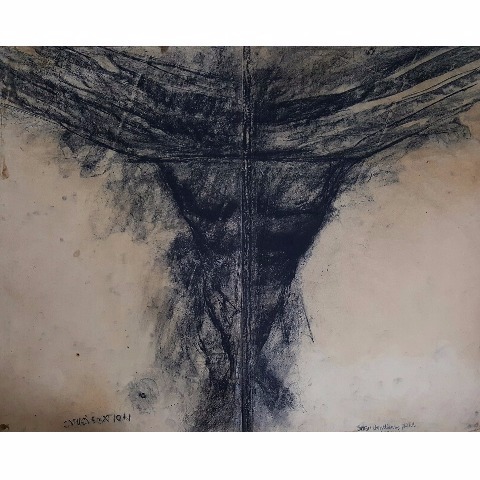 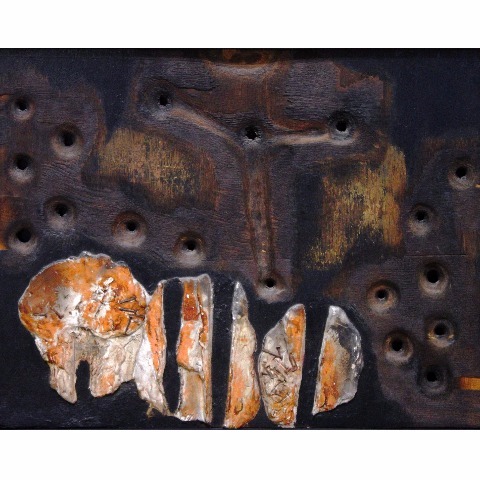 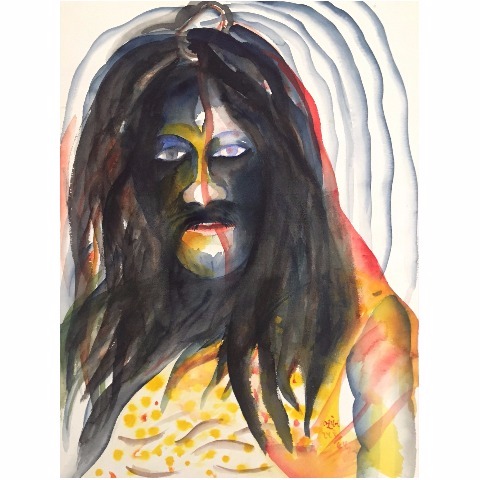 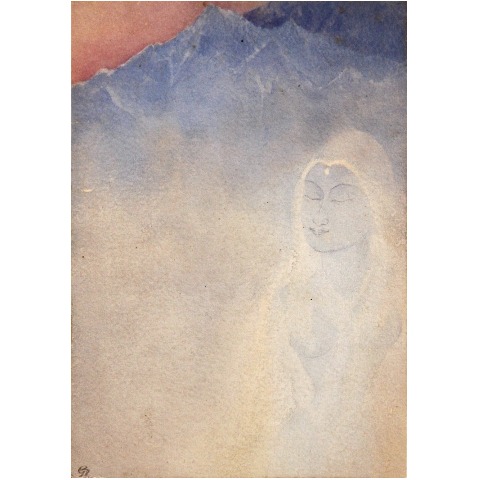 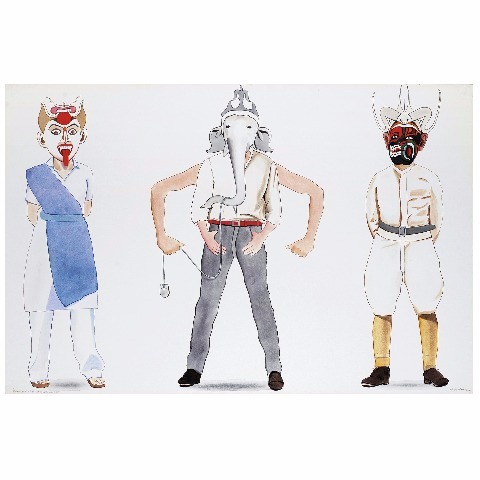 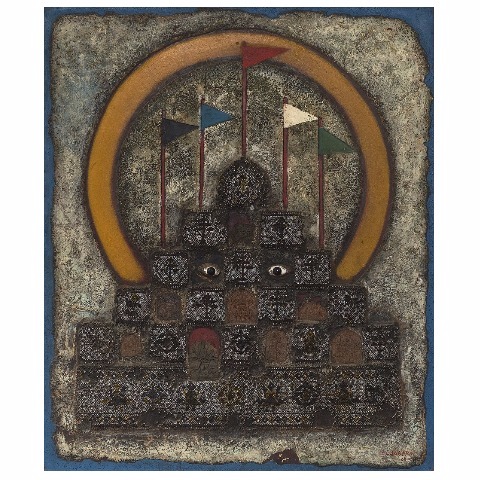 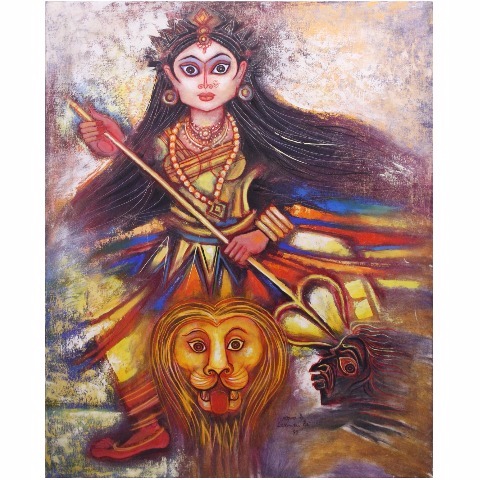 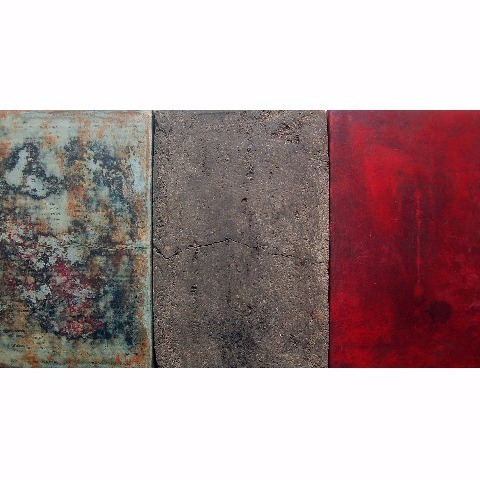