First, Elizabeth Drury must set the scene. She starts by gathering the objects she has collected over time: bricks, tiles, bottles, tablecloths, clear plastic pieces, and carefully arranges a tableau. She uses mirrors and lamplight to scatter and fragment the objects, fading some from view, exaggerating others. She then translates the scene in front of her onto paper with a drawing process that is almost automatic, and perfectly surreal.
There is a certain fastidiousness by which Drury operates, maintaining a precise control over every element that she lets into her frame. When casting light upon her chosen objects, she will look for a particular texture or shadow, working to accentuate it. Rather like a painter, the possibility for illusion is Drury’s palette, and the work is entirely set in potentials. Although maintaining a high level of control, Drury ultimately allows for the object to produce itself at the time of drawing. It is at this time that the serendipitous may occur – that a sudden change in light may shift her focus, or draw out a new, unnoticed texture or surface. Each object, true to its transitional status, thus becomes entirely performative: moving with and to the request of the precise moment at which Drury captures it.
Drury is able to charm the objects into movement through her retelling of the scene.  Yet the works are entirely ambivalent, and it is as though they are themselves in a process of working out an inner anxiety. There is the friction then, of what is real and what is an assembled fiction – and perhaps it is in the gap between the two that we may thoughtfully rest. She names the objects she uses as transitional, seeing them as points of mediation between the reality of her studio and the filters of her imagination – between this world and another. 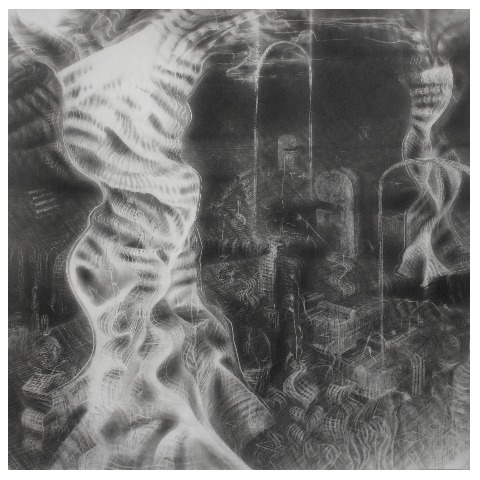 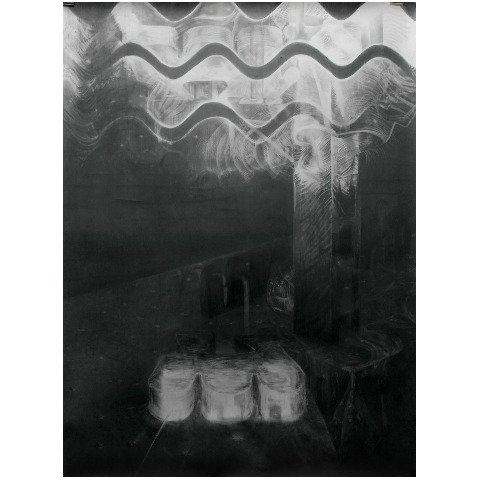 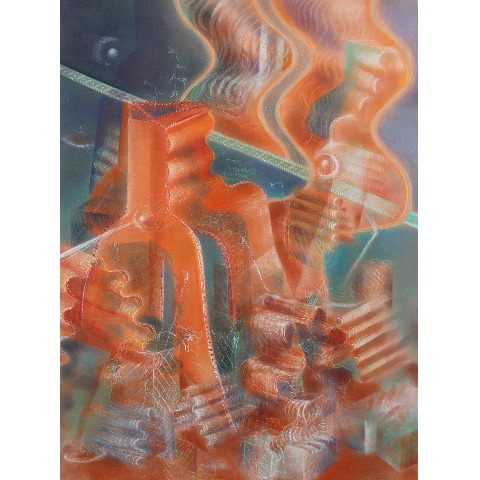 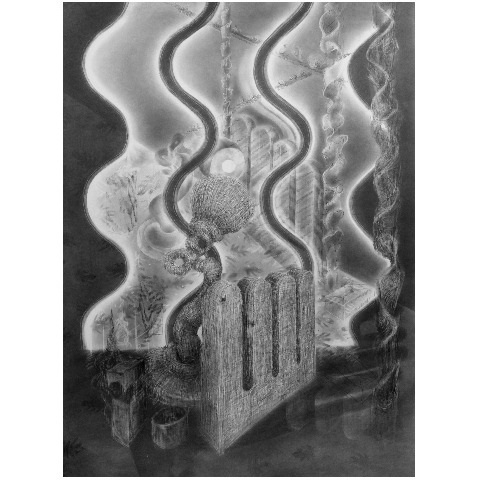 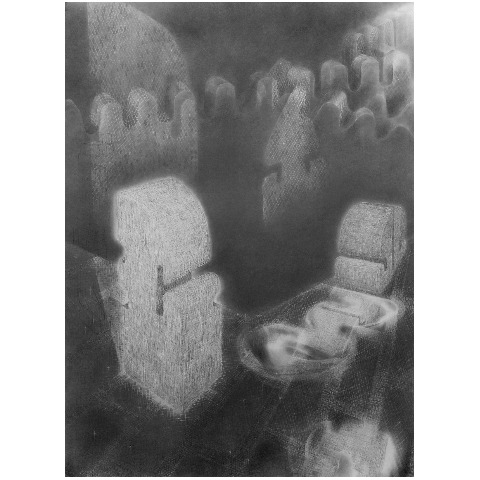 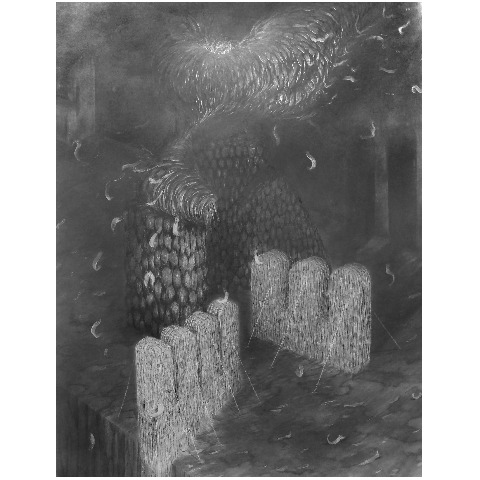 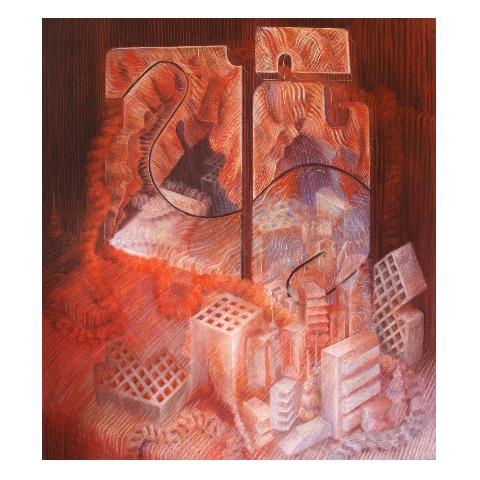 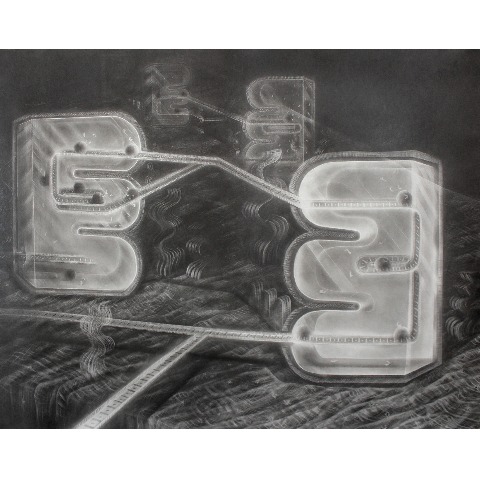 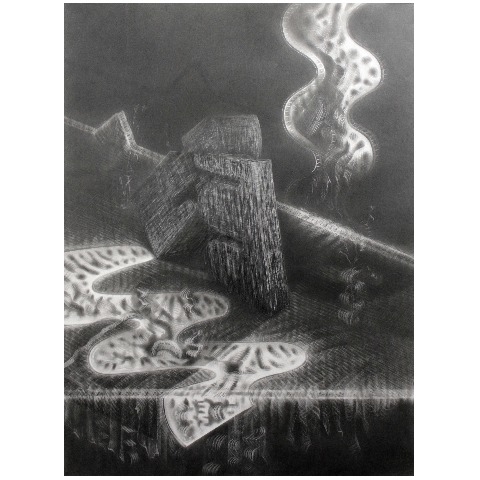 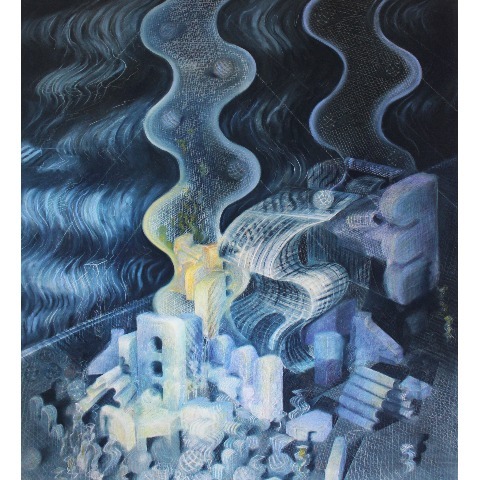 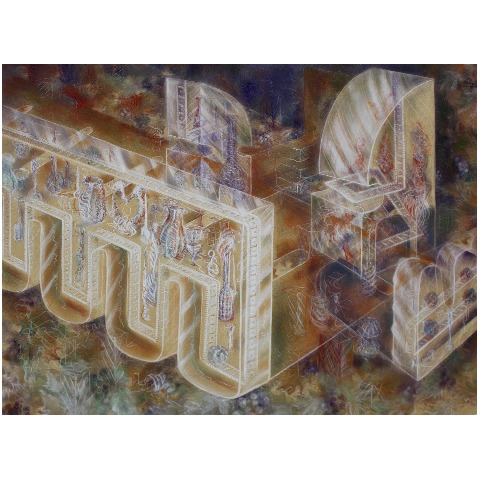