Souza’s works are products of seemingly numerous contradictions. While breaking free from cultural roots many also pay homage to the traditional arts of India. His paintings are both an absorption of Western visual stimuli, from such schools as the Renaissance and Expressionism, while never being an imitation. The sum is a painting style of married contrasts, acutely distorted but never dissolving into complete abstraction, full of power but also subtlety. Furthermore, Souza’s paintings stimulate conflicts in the viewer. One can be both moved and repelled by his paintings. They can be full of darkness, melancholy and aggression but also eroticism, sensuality and humour. Souza’s influences and experiences flowed through his mind to produce his own spontaneous re-creation of the world as he sees it.

Souza’s figurative works are especially successful in unifying his creative conflicts. Souza painted his figurative works during a time when many artists were turning to abstraction wherein the image is only moderately suggested. However, Souza saw abstract art as ‘like painting thin air’ and believed in his figurative work he could be both faithful to the image and the inspiration. His works are both entirely personal yet also recognisable at the same time.

In paintings ‘The Foreman’, 1961 and ‘Untitled (Head)’, 1967 the composition and colour choices are quite formal with echoes of the Renaissance masters. Yet the faces of his subjects are quite grotesque with multiple eyes and features in multiple locations. They are outlined with thick black lines against a background of swirling brushstrokes. Souza held a deep suspicion of those who wielded power and authority and in these disfigured portraits Souza demonstrates his distaste for the state of human society. Equally, in his self-portrait of 1985, his eyes look downwards in a pensive even somber manner, yet the background ignites with vivid flourishes of yellow and blue. It is indeed the passion and movement with which Souza’s works are executed that keep his images in touch with his vision of the world. As Edward Mullins states ‘these are earth paintings, and their impact lies in the artist’s power to distort and strengthen the eye’s image of this world, and to produce an effect almost shocking in its intensity’.
By Conor Macklin (Edited by Anne Macklin) 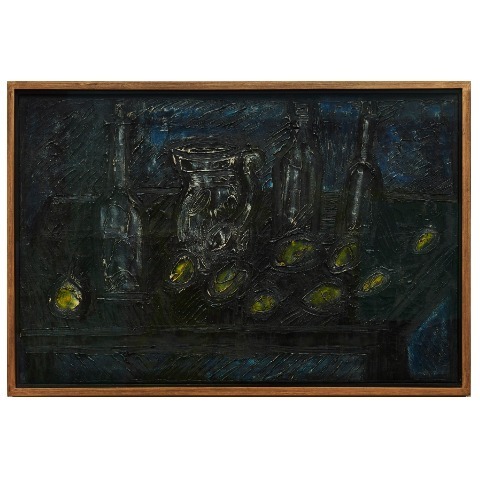 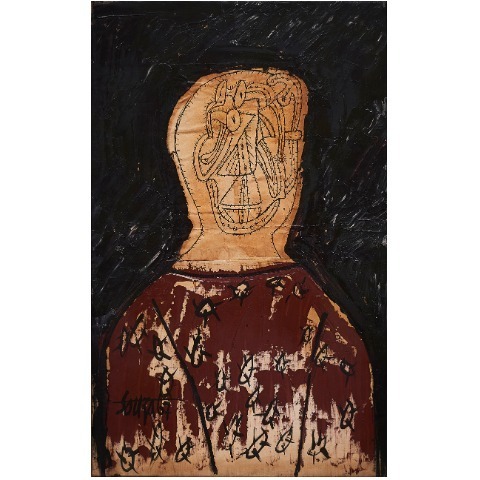 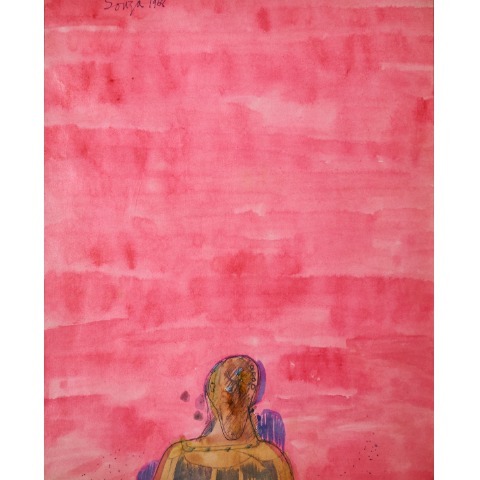 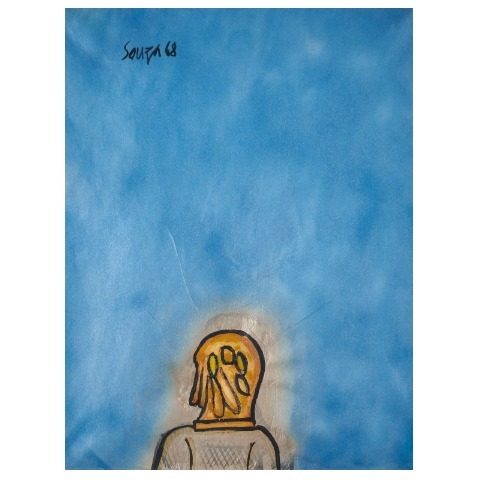 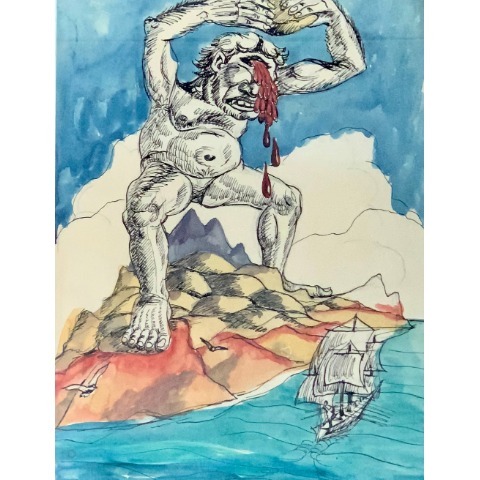 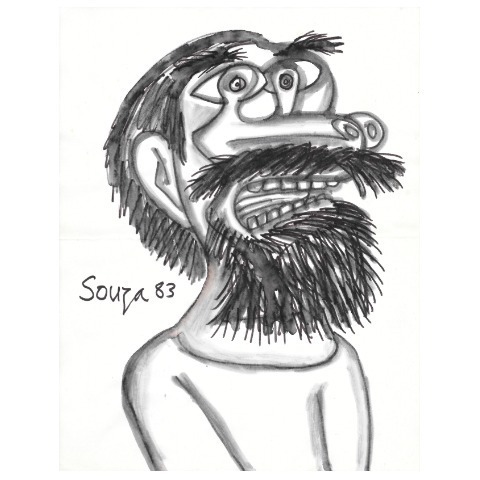