Although they were born nine years apart, the lives of Maqbool Fida Husain and Syed Haider Raza had several both convergent and divergent paths. Both spent their early formative years in Madhya Pradesh; Strangely, both their professional careers as artists began in the same year, 1947, with Raza graduating from the Sir JJ School of Art in Mumbai and Husain quitting his job as a furniture designer to become a full-time painter. In 1950, Raza moved to Paris, and made France his primary home, making frequent visits to India. Husain chose to remain in India, with frequent visits to Europe.
SH RAZA (1922-2016)
1948 is a pivotal year in the careers of both Raza and Husain. Raza, on a visit to Kashmir had a chance meeting with Henri Cartier-Bresson who made him aware of an element missing in his painting - structure. From painting landscapes that he saw and realistically rendered, Raza started scratching beyond the surface to try and capture both the visual reality along with his emotional responses. He was intrigued by the new landscape and light he saw around him in Paris. Blues and greys now interspersed the browns, greens, reds and yellows (L’Etange – 1960). The searing sunshine of India gave way to the overcast winters of France.
Bombay architecture had started to decline by 1950, whilst here was a city that showed no blemishes of the War. This is when formal geometry entered Raza’s work. Buildings painted
and scratched in thick gouache, as we see in The Church – 1958, dominate this phase of the artist’s career.
In 1962, Raza was invited to teach at the University of California at Berkeley. Here, Raza was exposed to the multi-disciplinary New York School of art and the new ‘ism’ in painting - Abstract Expressionism. Having already learnt and practiced the technique of painting in Paris, this was now a time to introspect and search for an identity. From this black hole emerged a black dot on a white canvas: the bindu that dominated his practice for the rest of his life.
M.F. HUSAIN (1913-2011)
In 1948, an exhibition of the Indian Museum in Calcutta came to Delhi after the great exhibition of Indian Art that was held at Burlington House, London.With very limited means Souza and Husain travelled to New Delhi to see this exhibition, which had a huge impact on Husain. He was strongly drawn to Gupta sculpture and the colours he saw in the Basohli paintings. He understood the Indian aesthetics of the human form and how different they were from the tenets of the Western figure, which were being taught at art schools in India. He decided to develop his own language incorporating these elements of form from classical Indian sculpture, combined with the colours used by the Pahari painters, to which he added a third element: Indian village life. Husain internalized what he had seen and produced a remarkable body of work that he exhibited in Bombay in 1952.
Over the next decade and more, Husain travelled extensively across India to further educate himself. Even though he was a practicing Muslim, he extensively studied Hindu mythology and all that was Indian. Images such as a young Ganesha riding Nandi, his father’s vahana, spring forth from this understanding.
The availability of acrylic colours in the 1960s perfectly suited his temperament and constant travel. The artist revisited painting in oils once again in 2003. He painted four suites of paintings in four cities: Mumbai, New Delhi, Kolkata and Paris. The two handsome heads in this exhibition are from the Kolkata suite. Stark heads with thick lips juxtaposed against shield like forms suggest an African origin.
Later in life Husain said, ‘There is so much to paint but so little time.’ The wanderlust in him never ceased till his passing away.
- Dadiba Pundole 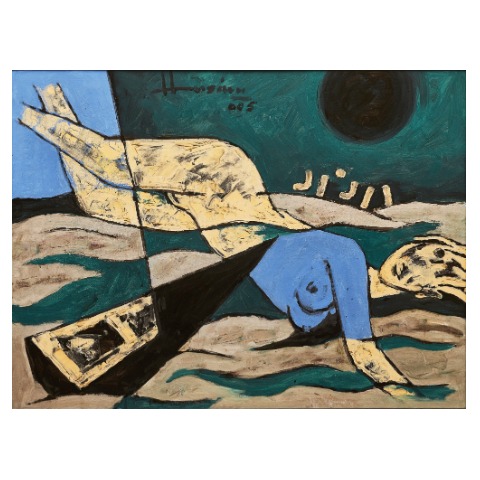 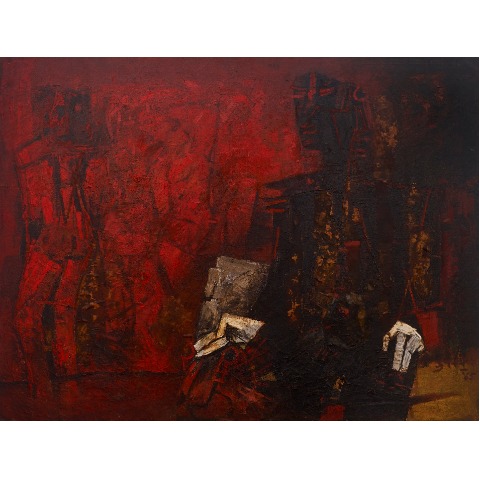 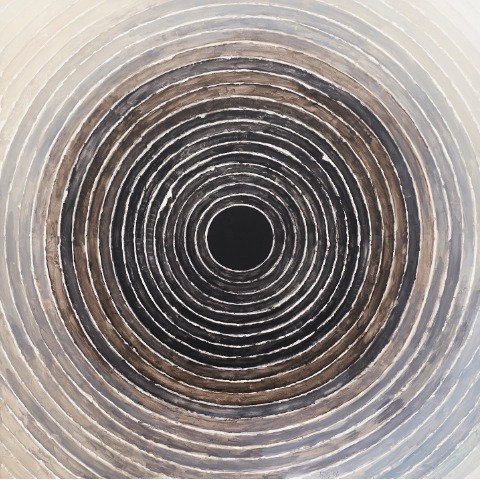 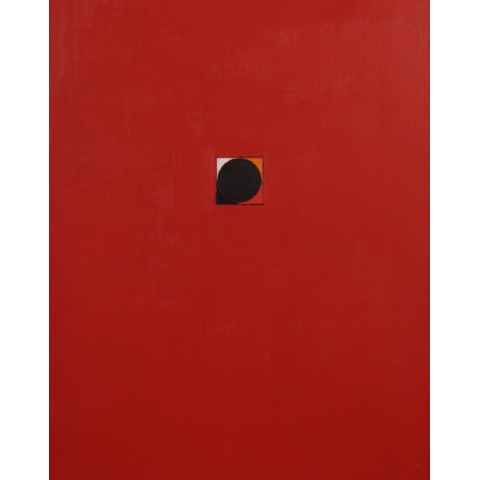 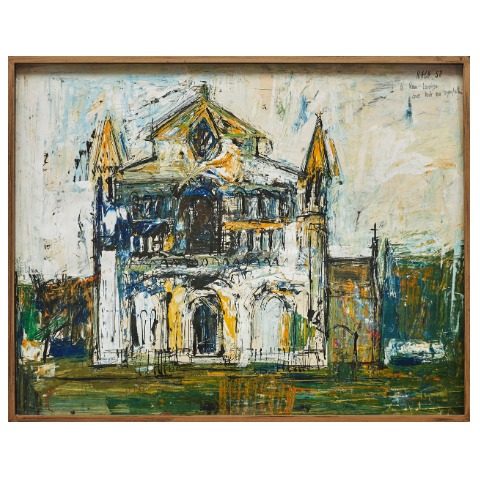 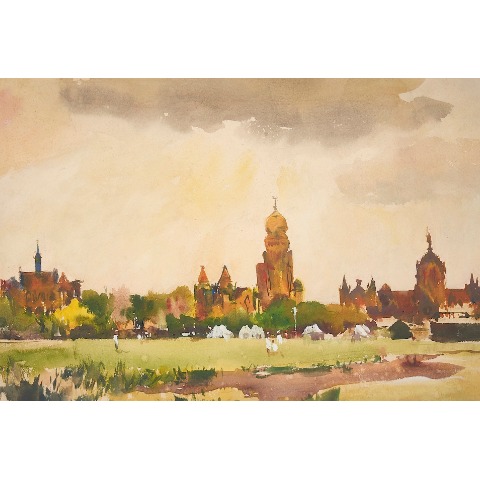