Meticulous lines weave into each other, one after another, some thick, some thin, some turning into bands building up a high-rise-like construction, some meeting at angles to shape some hedronic formations twirling into a sphere, others whirling into tornado-like swirls, while twisting star-like patterns covers the ground beneath. These images draw into your eyes probably much in the same way Bhagyashree Suthar, the Baroda-based artist draws lines on surfaces - thoughtful and indulgent, involved and generous in turns. Upturned Ziggurats in spiral formations, feathers clustering and opening like the ballerina’s dress, and the sphere is cut open to show the geometric construction of the mathematician’s imagination of a Platonic solid. Nuts and shells, spheroid and butterflies, the fly-whisk, petals in perfect mathematical structure, honeycomb plate, fabric, paper, and solids sedimented - all inside and shaping the landscapes of these fantasy worlds that Suthar draws out. The large works are literally sets for a science-fiction tale or a fairy tale with Alice and the Mad Hatter, or stage-assemblages for Hrithik Roshan to dance across or Sridevi of Mr India or a another James Bond or Inception sequence. 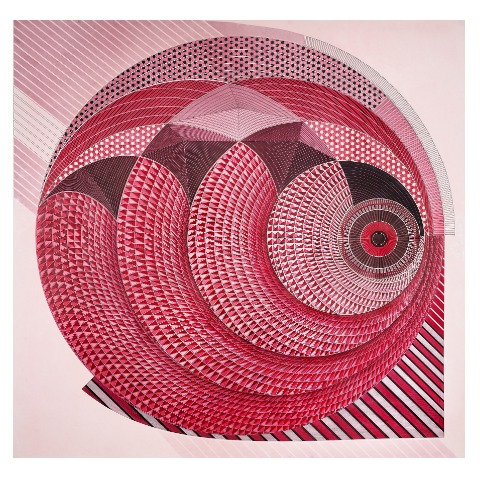 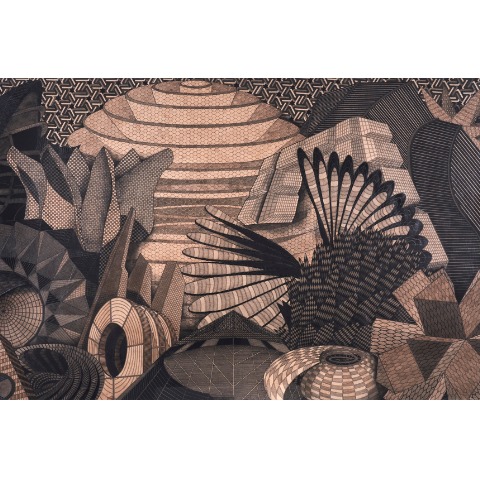 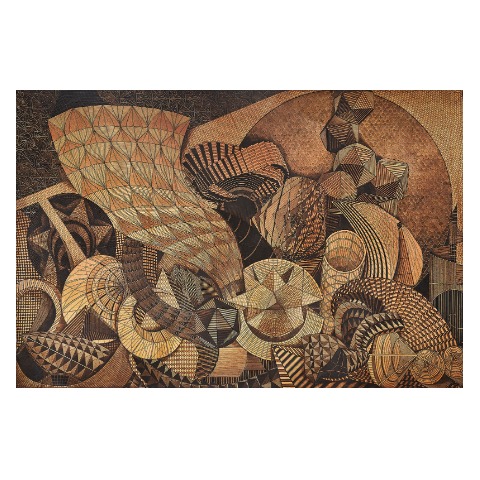 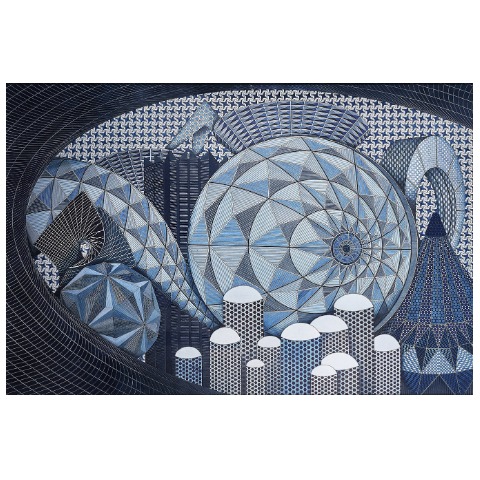 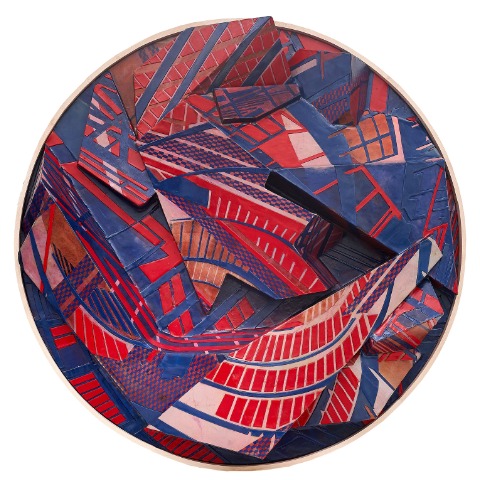 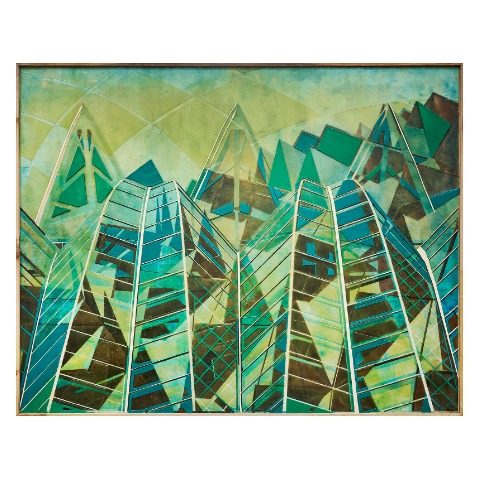 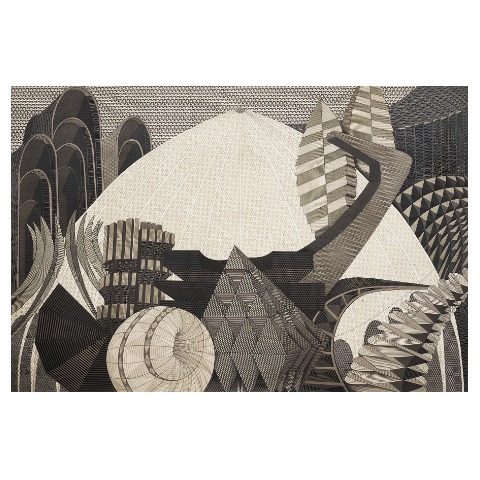 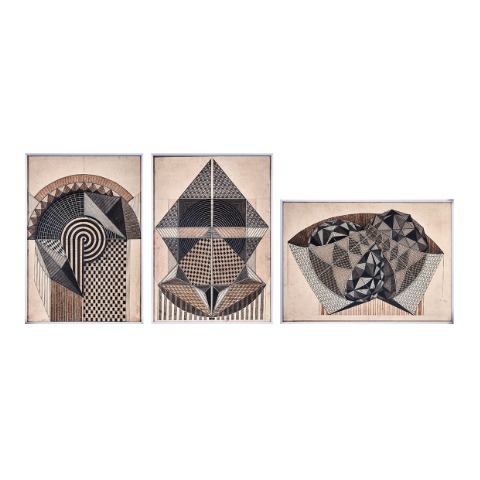